With over 6,000 things to watch, making the decision on your next binge watch is a challenge to say the least. From old classics to new favourites, Netflix’s collection of TV shows and movies is constantly being updated, so it’s easy to lose track of what you want to watch or all the best stuff you might have missed. Helping make the decision a little easier, here’s a run-down of the best things on Netflix UK at the minute, from the newest films to the top TV shows you should binge-watch this weekend.

The Best Shows On Netflix 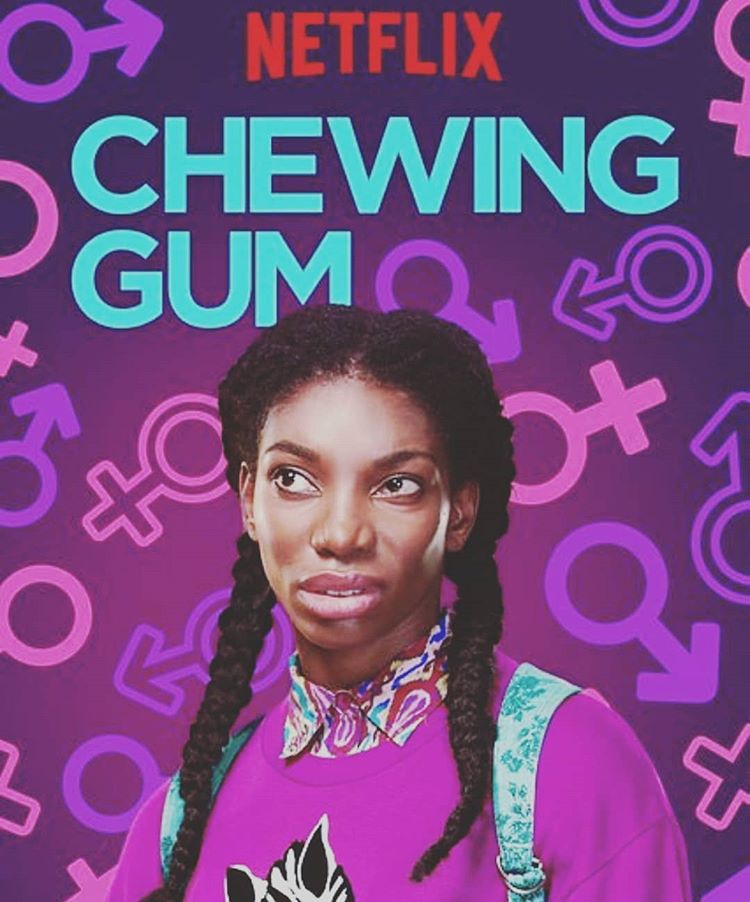 If you’re currently obsessed with the BBC’s I May Destroy You, double down on the talent of Michaela Coel by watching her debut TV show Chewing Gum which has recently been added to Netflix. Just like I May Destroy You, Chewing Gum is written by and stars Michaela and was on E4 back in 2015. Originally a play written for her final project at university, Chewing Gum is about a young woman experiencing life outside of her really religious family. A must-watch for fans of Fleabag, Chewing Gum is absolutely hilarious and super easy-watching if you’re looking for something silly and light-hearted.

#2 Down To Earth With Zac Efron 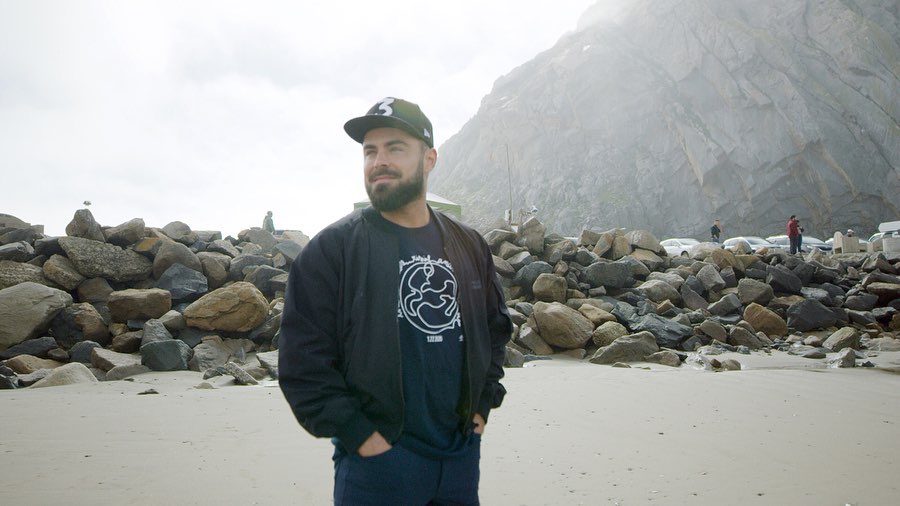 For something education, travel around the world with Zac Efron in his new documentary-slash-reality-show which sees him learning about climate change and sustainable living across the globe. From London to Iceland by way of Costa Rica and Lima, one of Netflix’s newest TV shows is a more light-hearted approach to the climate crisis as it touches on the issues while also meeting inspirational communities and people who are working to fix the damage. Beautifully shot and sure to give you the travel bug, also Zac Efron is definitely easy on the eye…

For fans of true crime, this is the one for you. Rebooting a 90s TV show of the same name, this Netflix series is back with new crimes and stories to solve. Since Unsolved Mysteries was released on Netflix a couple of weeks ago, fans have been taking to Twitter to try and get to the bottom of the crimes and mysteries included, even seeing people call into the police and new leads coming up. With each episode using re-enactments and interviews to tell the story of unsolved crimes, tales of lost love or even paranormal experiences, the audience is left to decide what they think happened. 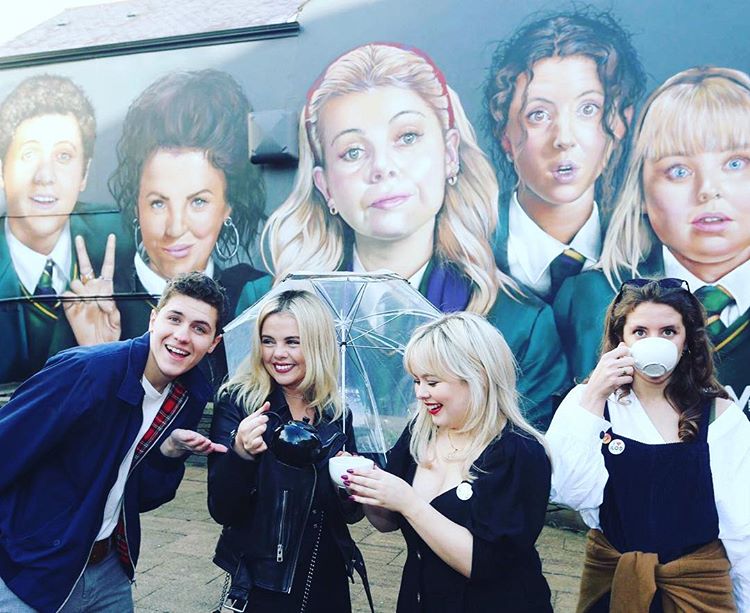 Just in time after our 100th re–watch of season one, Netflix have finally released Derry Girls season 2. Following a group of friends in Derry in Ireland in the 1990s, the show touches on the political troubles in Northern Ireland while remaining hilarious and light-hearted, showing all the best of Irish humour and culture. The ultimate go-to show to cheer yourself up, Derry Girls is the perfect mix of sentimental and silly as all the characters are over-dramatic and exaggerated, but their interactions and friendship has us missing our old school days. Already renewed for more seasons, we’ll be rationing season 2 for as long as we can. 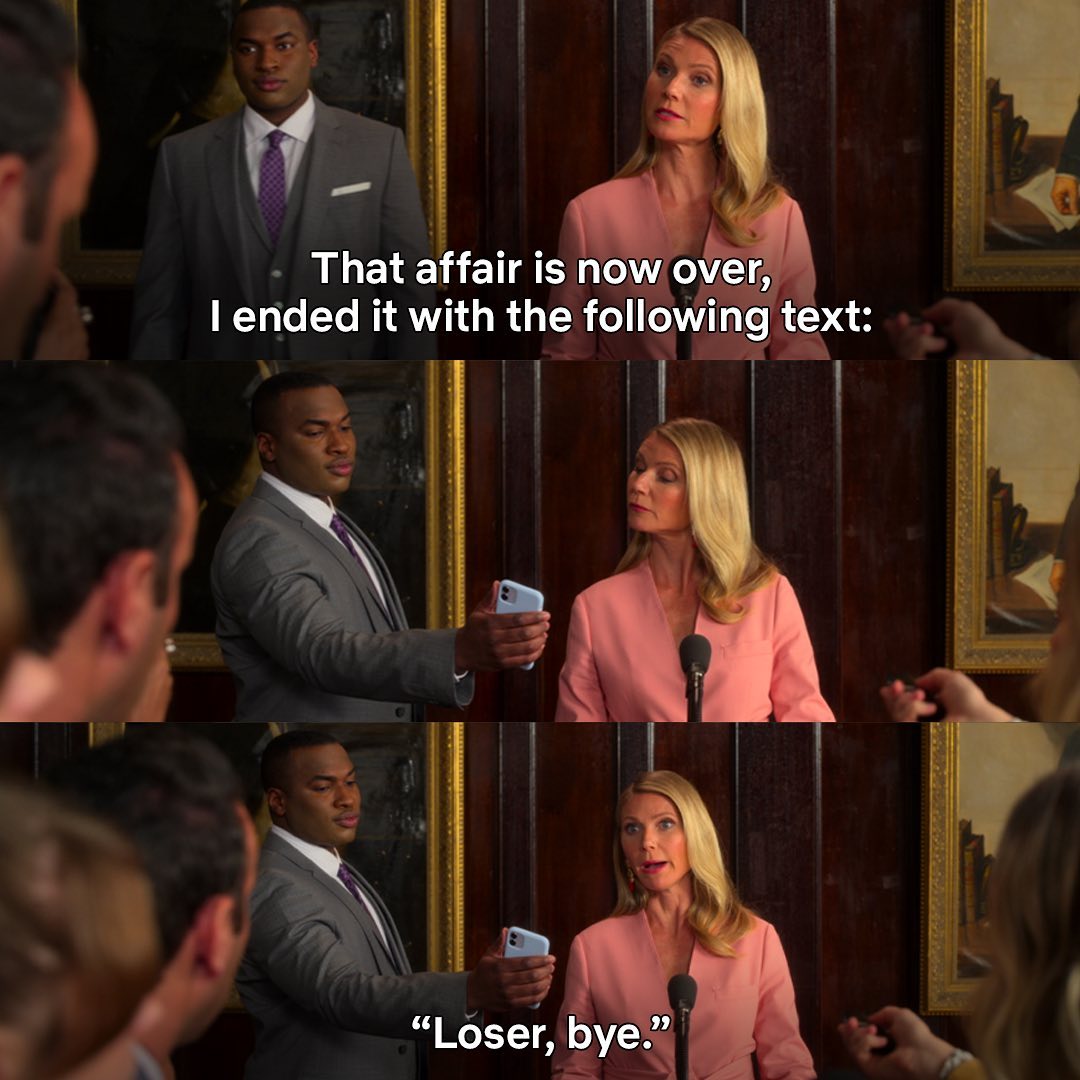 From the mind that brought us American Horror Story, Glee and Hollywood, Ryan Murphy’s The Politician is perfect for fans of his sarcastic, dark and silly humour. Following Payton Hobert, played by Ben Platt, on his political mission from his high school election through to a governmental race, the two seasons are absolutely golden for a drama that’s not too heavy. With an incredible cast including Gwyneth Paltrow, Lucy Boynton and Jessica Lange, The Politician is also super stylish with enviable wardrobes and almost Wes Anderson-esque visuals. The soundtrack is also amazing as Ben Platt reminds us why he’s a Broadway darling.

The Best Film On Netflix

Somewhere between a film and TV show, Homemade is easily one of the best things on Netflix at the minute. Made by acclaimed filmmakers and faces across the globe, including names like Kristen Stewart and Maggie Gyllenhaal, Homemade is a series of 16 story films that can be watched in any order. All made during lockdown from the COVID crisis, it’s a beautiful display of creativity and a really varied set of films. Get comfy, get some snacks and watch them all in one go if you want a film but are too tired to follow one long storyline. 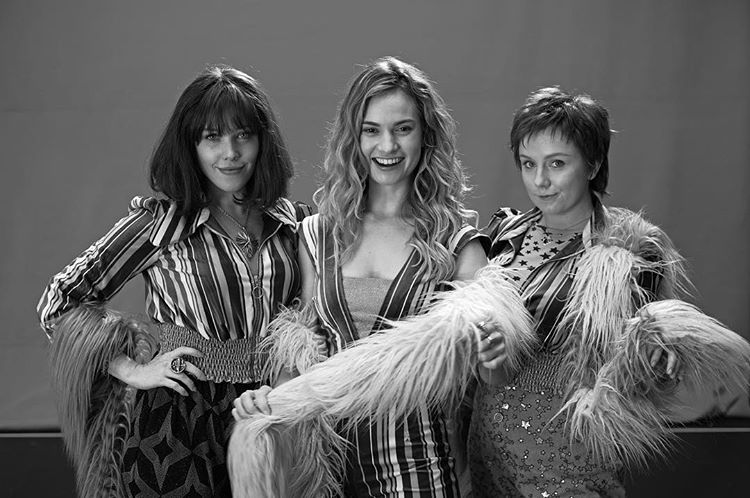 FINALLY!  Everyone’s favourite feel-good movies, Mamma Mia and Mamma Mia 2 are now on Netflix, providing the easiest movie night decision you’ll ever make. A crowd-pleaser like no other, you really can’t go wrong with a bit of ABBA. Definitely the film to put on if you need something feel-good or fancy a sing-along, give in to your guilty pleasure.

If you’re in the mood for something a little more artsy, the Coen brother’s cult classic O Brother, Where Art Thou has recently been added to Netflix. Despite what the name suggests, this isn’t some old-timey film, instead, it’s a funny prison-break movie that follows three inmates on their journey to find some treasure. As a modern retelling of The Odyssey, a Greek epic, O Brother, Where Art Thou is clever, beautifully filmed but also packed full of adventure and silliness, making it a good all-round film for anyone and everyone. 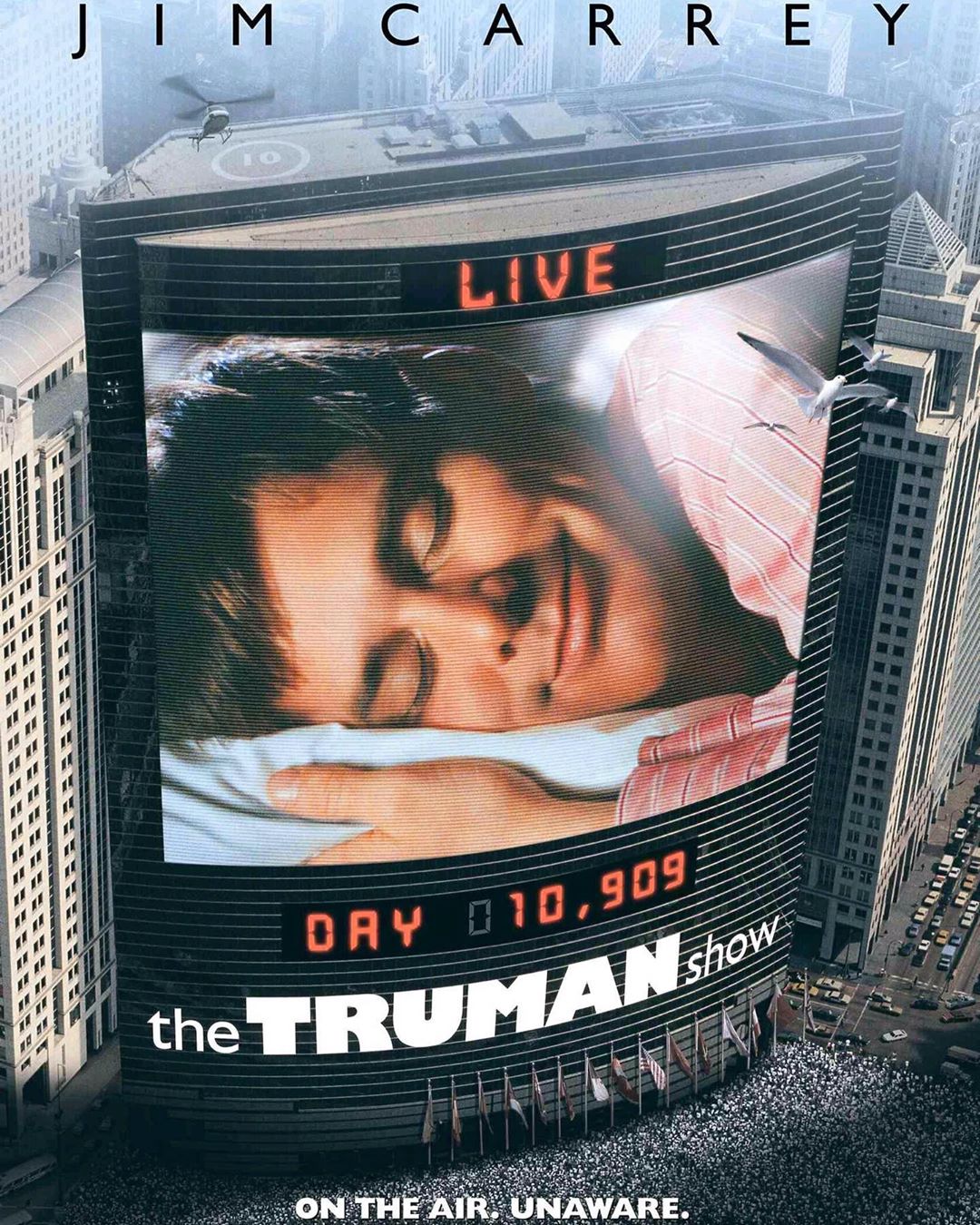 One you probably watched ages ago or that has been on your to-watch list since forever, The Truman Show is a 90s classic that gets creepier, and better, with age. Telling the story of a man that has no idea that he’s living his whole life in a TV show, with his every move being watched, The Truman Show gets better and better with ages as social media can make us all feel a little like we’re being watched. But this film is definitely one to tick off your list as it’s packed full of clues and little details to notice, making it an absolute masterpiece of a movie and easily some of Jim Carrey’s best work. 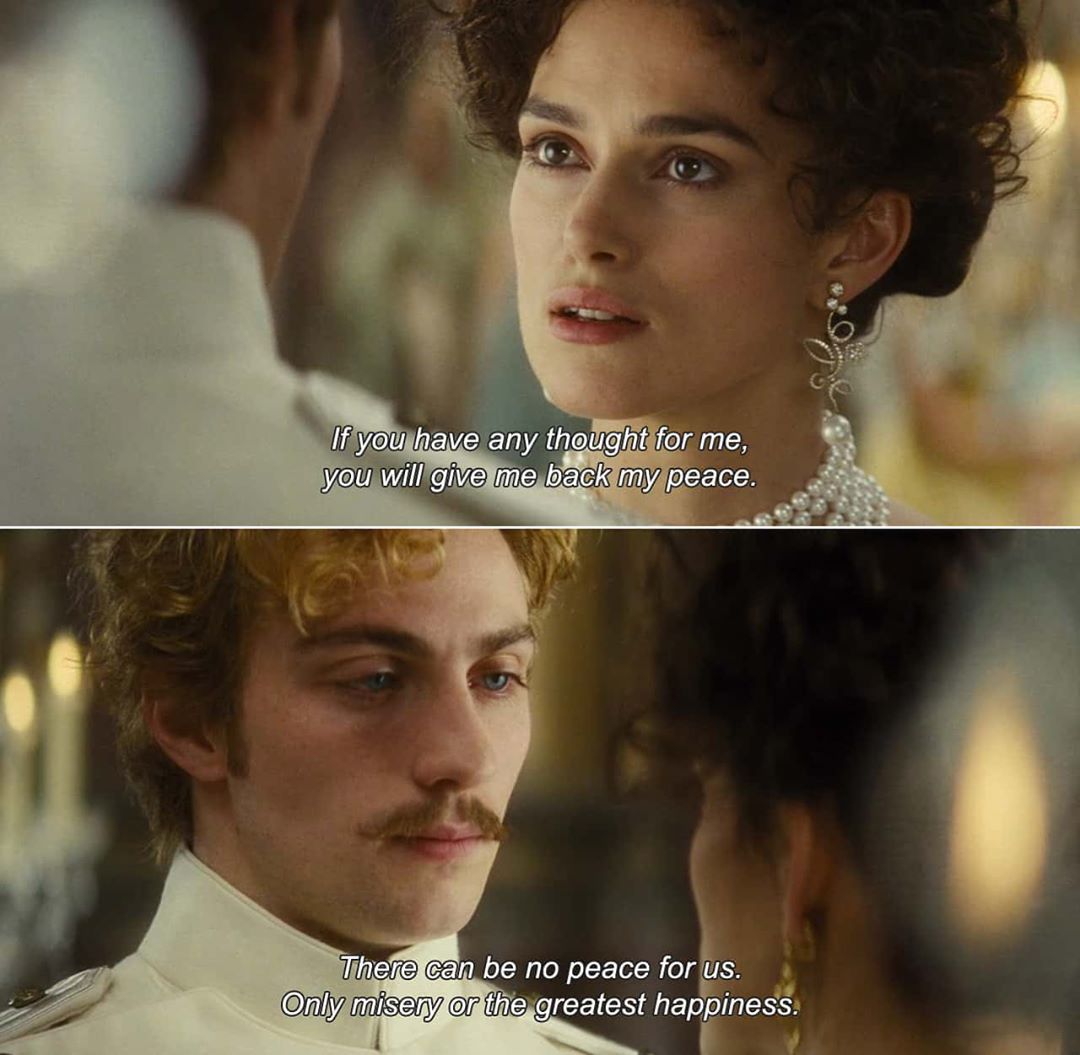 Another cult classic that’s recently been added to Netflix is Anna Karenina. If you want a love story without any cringe, this is the one for you. As an adaptation of a classic Russian novel, Anna Karenina is a timeless tale of a woman daring to go against tradition as she falls in love and seeks a seperation from her husband. Starring Keira Knightly as Anna, the film is visually stunning with the most incredible costumes, dreamy dresses and amazing settings. Even though it’s an old story, it still feels really modern, avoiding the stuffiness of a lot of period films.

SHOP NEW IN ON ALLSOLE>>>

Get the Look: The Footwear of Fashion Week | AllSole

Vans Old Skool: The History of an Iconic Skate Shoe