While thunder, lightning and continuous grey skies jolted Brits into the on-set of autumn in the British capital this weekend, London Fashion Week’s presentation of its SS17 collections allowed us to start to dream of next summer. For another year London’s fashion-conscious spilled out onto the streets and into venues across the city for a glimpse at next season’s standout pieces and key trends. Showcasing a mix of established, iconic names and new, upcoming brands, London Fashion Week once again demonstrated why it is known as one of the most original, eccentric and important events in the fashion calendar.

The designer collections for SS17 were as daring, exciting and provocative as London Fashion Week has seen, highlighting the emergence of key trends for next summer and spring. Here are five of the trends we observed at Fashion Week that will dominate our wardrobes for SS17.

Marc Jacobs unveiled an astonishing collection of platforms at his controversial New York Fashion Week show last Friday (16th September), and this trend crossed the Atlantic to become prevalent in London over the weekend. At Temperley London’s Sunday afternoon show, each model’s silhouette was elongated thanks to complementing platform sandals while Ashley Williams’ Friday show saw models wearing platform creepers. Returning as a key trend for the second successive summer, the trend was also observed by guests Alexa Chung and Pixie Geldof who were snapped in platform sandals at the front row of House of Holland. 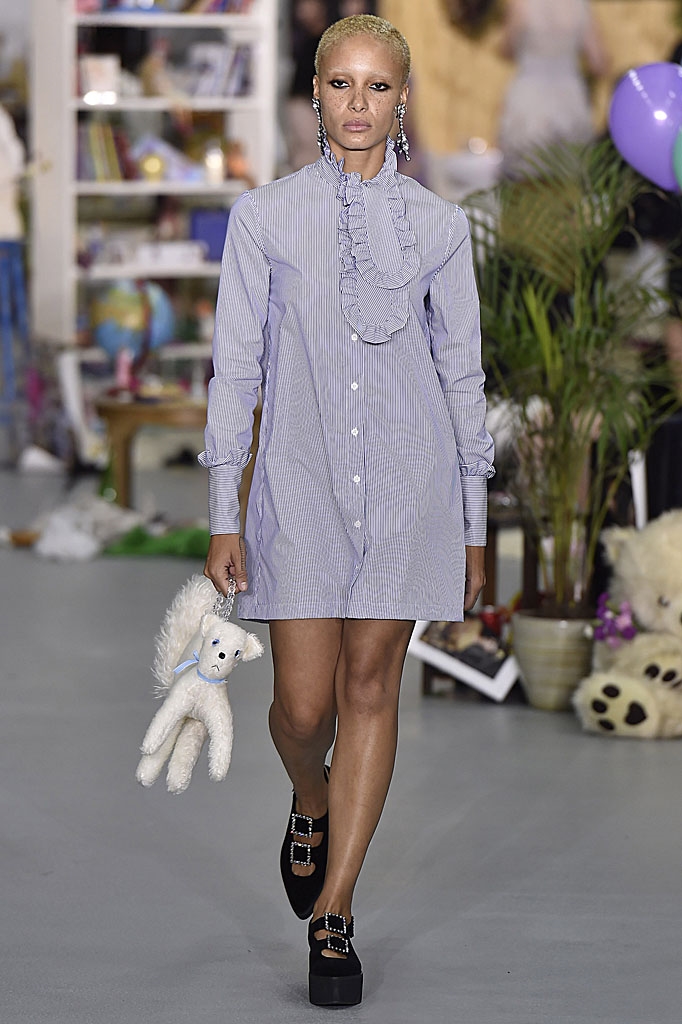 Scandinavian fashion and design has long been famous for its understated, minimalist aesthetic, one which appears to have influenced several European designers for SS17. Barbara Casasola, the London-based Brazilian designer worn by Duchess Kate for SS16, presented a sensual, pared-back collection largely made from soft, lightweight cottons that was praised for its clean tailored cuts and effortless elegance. Even amidst the colourful exuberance of London Fashion Week, Casasola’s collection stood out as one of SS17’s most exciting catwalks to show that less can still be more. 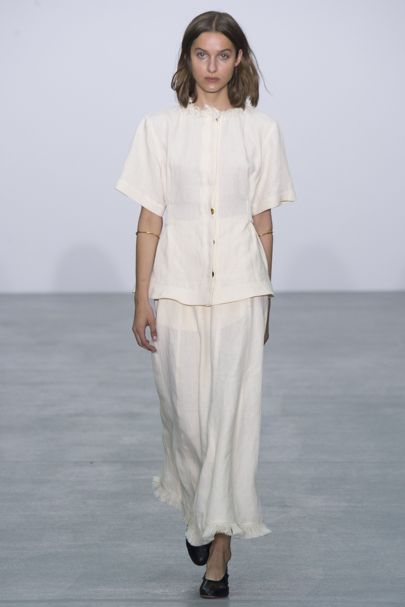 While we may look to Fashion Week to identify the upcoming trends of the fashion world, designers are increasingly looking back in time to inspire the future of the industry. While Mother of Pearl evoked the height of ‘80s style through oversized tailored, raw-edge hemlines and signature mother-of-pearl buttons, Mulberry Creative Director looked to Louis XIV and the royal court for inspiration with some particularly eye-catching souliers. 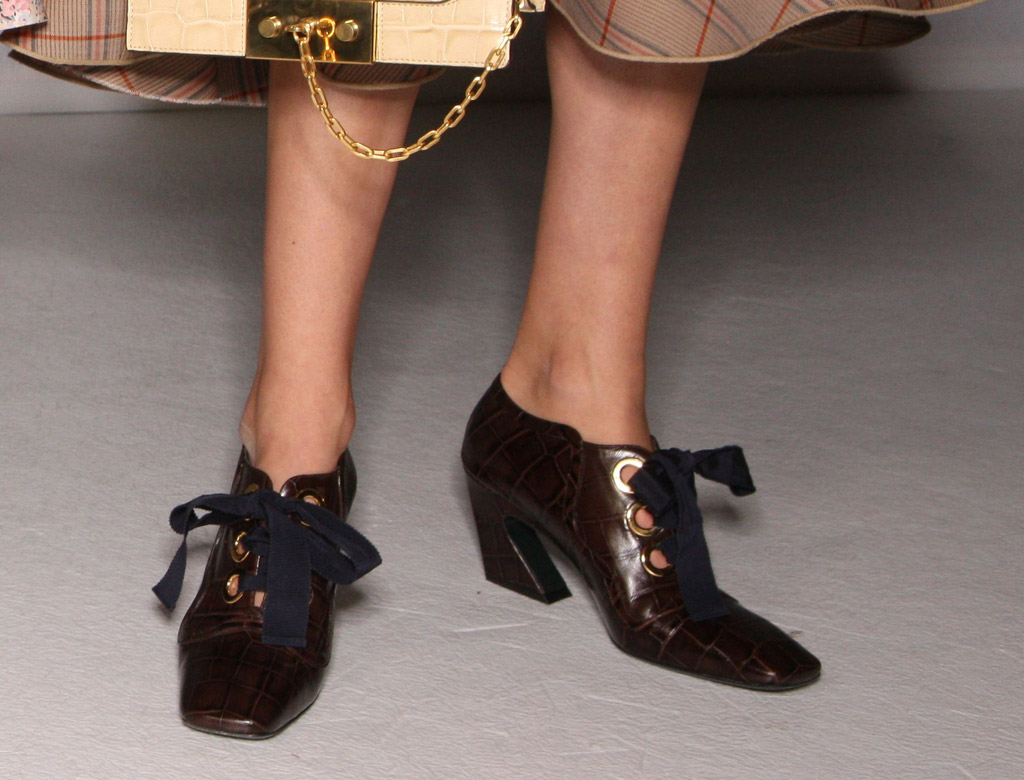 It has been notable in passing seasons at Fashion Week that the number of models sporting a buzzcut is on the rise. While some have put this down to inspiration from Goths and skinheads and others describe the buzzcut as a key trend in the fashion world, it seems more accurate to put the rise of the buzzcut down to the increasing androgyny of many leading designers’ collections.

J.W. Anderson’s SS17 collection was noted for its masculine silhouettes which took inspiration from the court of Henry VIII. Describing the masculinity of his collection as “empowering”, Anderson was joined by Versus Versace which celebrated its 20th birthday with a similarly masculine collection designed for a new generation of younger, more daring Versace girls tearing down gender boundaries.

The Fun Side of Fashion

London Fashion Week is known for embodying the rich multiculturalism of the British capital and the individualities that come out of the metropolis. This year’s event didn’t fail to live up to expectations, with several collections featuring playful, kitsch and especially fruit-themed details that showcased the fun side of fashion. While Versus Versace modelled mango as a key colour for SS17, Charlotte Olympia’s collection included models dressed as pineapples, bananas and grapes with smaller themed details incorporated into the collection’s pieces. Such details in footwear and accessories look to be an emerging trend for SS17, although but we are not advocating dressing up as a pineapple or a watermelon just yet.

J.W. Anderson’s SS17 collection was noted for its masculine silhouettes which took inspiration from the court of Henry VIII. Describing the masculinity of his collection as “empowering”, Anderson was joined by Versus Versace which celebrated its 20th birthday with a similarly masculine collection designed for a new generation of younger, more daring Versace girls tearing down gender boundaries.

In Conversation with NAFTYS | Express Yourself

Your City Break: The Perfect Run Around

A Closer Look at the Tricker’s X Knutsford Collaboration