Over the past 20 years, Dune London has been catapulted to the forefront of the contemporary footwear world. Loved for its fashion-led yet distinctly British aesthetic, the brand is today a key fashion trend setter with stores in prime locations across the world as well as concessions in the UK’s most prestigious department stores. Despite being known for its youthful, trend-driven designs offered at affordable prices, Dune London is in fact built upon a 120 year old heritage which has provided the platform for the brand to go on to become the global household name it is today.

The story of Dune London inevitably starts in the British capital at the city’s bustling East India Dock in 1895. As Queen Victoria dictated the success of the British Empire from her throne, a Lithuanian gentleman departed a small vessel on London’s docks and set up a small shoe workshop in Whitechapel. The son of a cobbler who learned his trade on the backstreets of Vilnius, the man became the go-to local women’s shoemaker in East London thanks to his craftsmanship and meticulous attention to the women’s footwear trends of the day. When his wife bore him three children, Nat, Solly and Louis would all later go on to work in and expand their father’s workshop with a focus on women’s footwear.

The family business would eventually be taken over by Louis who continued the work of his father alongside his brothers working through the war period. By 1976 Louis’ health was in decline and he was ready to pass the mantle onto his own son Daniel, who had in fact already trained to become an accountant. Daniel opted instead to take on the family tradition as the four-generation shoemaker in the family. Daniel would sell his 50% stake in the family business, but continued his family heritage by buying into footwear manufacturer London Lane Shoes. In addition to having an intimate understanding of footwear fashion, Daniel also had the nous to understand what he needed for the business to prosper; the factory he purchased with London Lane Shoes gave him the platform to create a global shoe business, and by the 1980s Daniel was one of the UK’s leading footwear designers, outputting over 10 million pairs of shoes that British institutions such as Next, Debenhams and Marks and Spencer were proud to call their own. 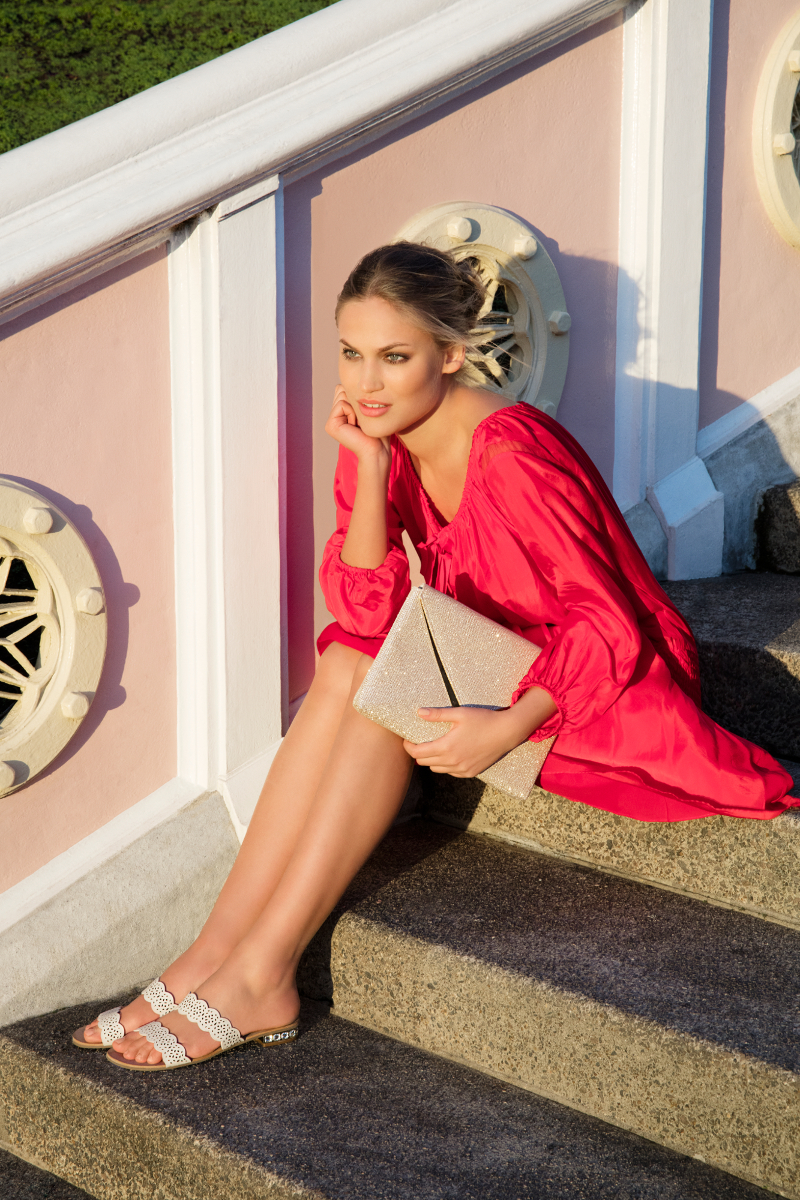 Every time you walked down Oxford Street in the 1980s you would spot at least one pair of Daniel’s shoes, and Daniel established Dune’s first ever concession in Jane Norman on that very street in 1992. By 1993, Dune already had its first standalone shop on the King’s Road. Throughout the ‘90s the Dune brand expanded throughout the United Kingdom, being warmly welcomed into the country’s biggest departments stores. The brand’s first collection of men’s shoes was unveiled in 1999, and like its female predecessors the collection was a huge success and became an integral part of Dune’s offering. With the turn of the 21st century, global expansion was high on the agenda with stores in Dubai, Abu Dhabi swiftly followed by another in Russia.

Wherever Dune’s shoes went across the world, they would only be met with popular success. A move online was a natural progression, with the brand’s first website up and running by 2005. In 2007 Dune was awarded its first Drapers Award for Footwear Retailer of the Year, and two more have since followed thanks to the brand’s unwavering dedication to high-quality footwear. Throughout the noughties the brand continued its global and online expansion, and in 2014 the Dune brand was rebranded as Dune London, a nod to the brand’s proud heritage as a manufacturer rooted in classic British shoemaking with its finger firmly on the pulse of the British fashion scene.

Shop the full collection of Dune London today at AllSole > >

A Buyer’s Guide to VEJA Sneakers

10 of the Best: Back-to-School Shoes