Loved for their minimalist versatility and rebellious attitude, Vans are one of the biggest brands in the world, being amongst the most recognised shoes around. They say imitation is the sincerest form of flattery, and Vans have been continuously copied but never beaten on their comfort, durability and style. Since their origins in the 60’s, the design has remained relatively unchanged, proving their timelessness and iconic status within skate communities and beyond. So whether you’re a first-time buyer or on 5 pairs and counting, here’s a buyer’s guide with all you need to know about Vans styles, fit and history. 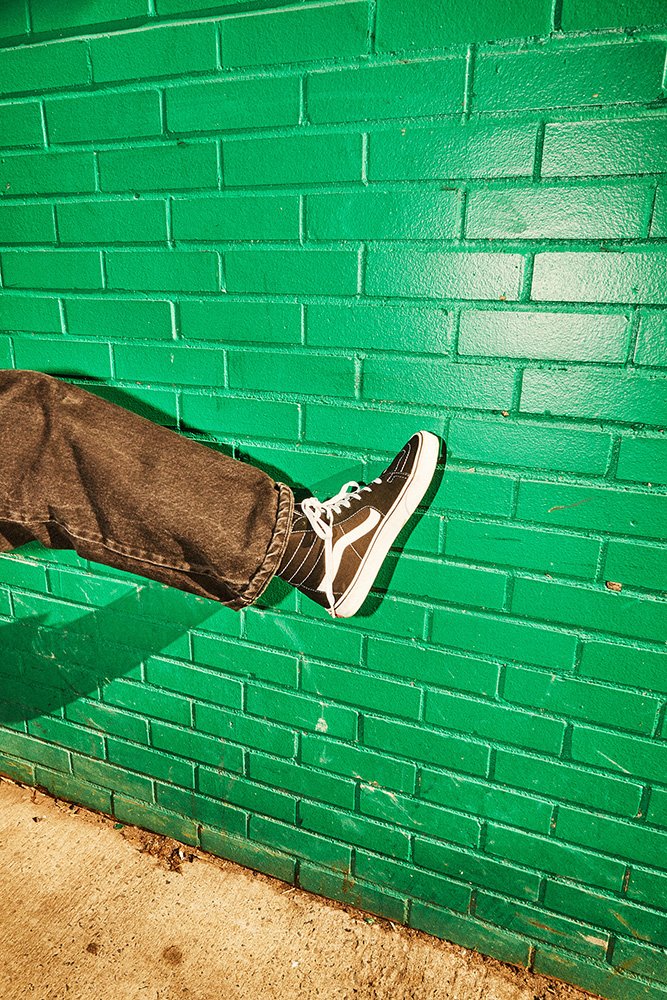 #1 When was Vans founded?

Vans was founded in 1966 by brothers Paul and Jim Van Doren in Anaheim, California. Originally called The Van Doren Rubber Company, the original Authentic shoes were the first of the Vans styles, made that same year and remaining practically unchanged since. The name quickly got shortened into the far catchier Vans as skaters came to love the shoes for their sticky soles and durability, becoming a must-have for the California skate community by the mid-70’s.

By the end of the 70’s, the brand had released their Authentic, Old Skool, slip-ons and Sk8-Hi styles complete with the signature ‘jazz stripe’, taken from one of Paul Van Doren’s doodles.

All Vans styles are made using a 5 step production process which starts with the sole. Between 70 and 85 million pairs of Vans are made each year, so this process is down to a fine craft, being refined and perfected since the 60’s.

Vans are made with a vulcanised rubber sole. This means that the sole is essentially baked one time to cure the rubber and compress into its signature waffle pattern, then once again after production. The second baking happens when the full shoe is steamed after assembly, this keeps the sole durable but also makes them springy and easy to break-in.

The rest of the shoe is cut and assembled with Vans signature stitching and detailing, finished off with the rubber logo placed on the heel. Yes, Vans styles are all unisex so anyone can wear whichever ones they like. For the core styles, all the sizing is unisex, however, some styles such as the platform shoes may specify a gender as the sizing may fit smaller or not run certain sizes. But if the shoe fits, wear it!

Unlike a lot of other brands, Vans fit true to size, meaning whatever size you wear in other shoes you’ll likely wear in Vans; easy!

To ensure they stay on your feet, slip-on styles come up a little smaller but quickly loosen and stretch to fit nicely. General advice would be that if you’re torn between two sizes, opt for the bigger and try an insole to pack the shoe out.

For the best idea of size, measure your feet by standing on a piece of paper with your heels up against a wall, and mark the end of your toes. Manually measure this length for a clear answer on what size you are, then consult our handy charts…

#5 What’s the difference between regular and Comfycush Vans?

As part of their dedication to becoming more sustainable, lots of Vans styles are vegan. Obviously apart from the leather styles, the majority of their collection is made completely without any animal products or interaction. The Authentic, slip-on and era styles are all totally vegan.

As a brand Vans are dedicated to making their materials and processes as sustainable as possible, being a huge focus across the whole fashion industry. As part of their Green Sole initiative, Vans source the cotton for their canvas shoes in line with the Better Cotton Initiative, which works to reduce the environmental impact of cotton production as well as improving the lives of farmers and workers. They’ve worked with the initiative since 2014 and have set themselves the goal of using only 100% sustainable cotton by 2025.

They also run a number of projects worldwide that help protect and empower people, including an initiative to introduce skating to women and girls in India who face strict gender roles.

The brand’s famous tag line has a clever double meaning. As a phrase, off the wall is used to describe things that are a little eccentric or unconventional, capturing the alternative spirit of the brand’s origins. But off the wall also describes a skate trick, connecting to their status within the skate community. When a skateboarder kicks off the ramp and has a moment in the air, they’re going off the wall. Works perfectly, right? 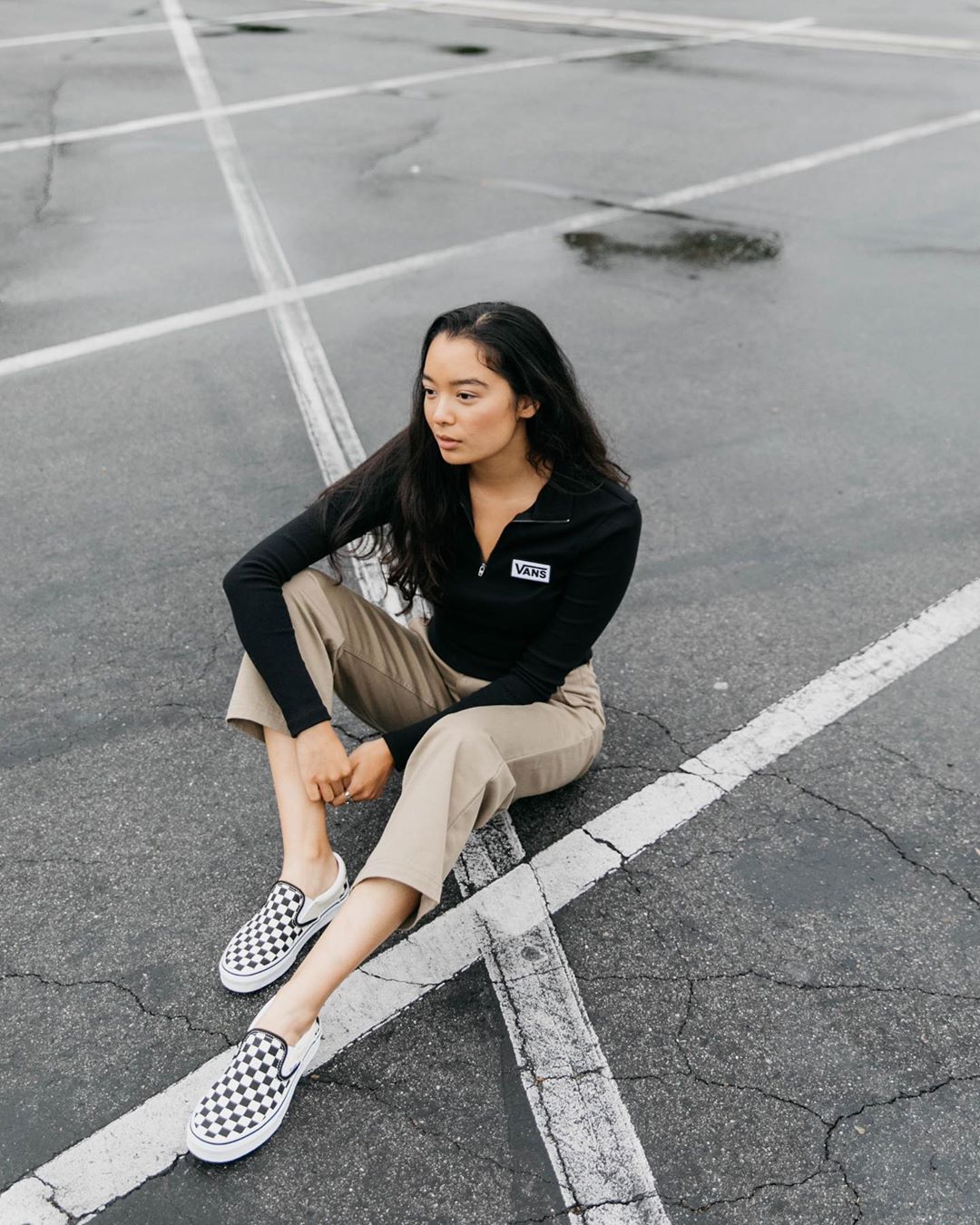 Being made of canvas, Vans are easily cleaned but you want to avoid unnecessary washing to keep the colour bold. Instead, try just giving them a refresh by cleaning the soles.

How to clean the white soles?

Put some tape over the canvas to protect the colour, then use some rubbing alcohol or bleach to give the white soles a good wash, any marks or dirt will come away quickly. Once you’re happy with the clean up, wipe them over with some water to make sure no bleach is left over.

How to wash Vans?

If the time as come for a deep clean, there’s a couple of things you can do.

For a quick wash:

For a deep clean:

Vans can be washed in the washing machine, just make sure to place them into a pillowcase or garment bag for protection and always allow them to air dry.

If you’ve been caught in the rain or your white Vans are looking a little stained, here’s a great little cleaning technique.

From fit to care to styling, we’ve teamed up with our experts to put together the ultimate buyers guide to Converse sneakers.

#10 What Vans styles are there? 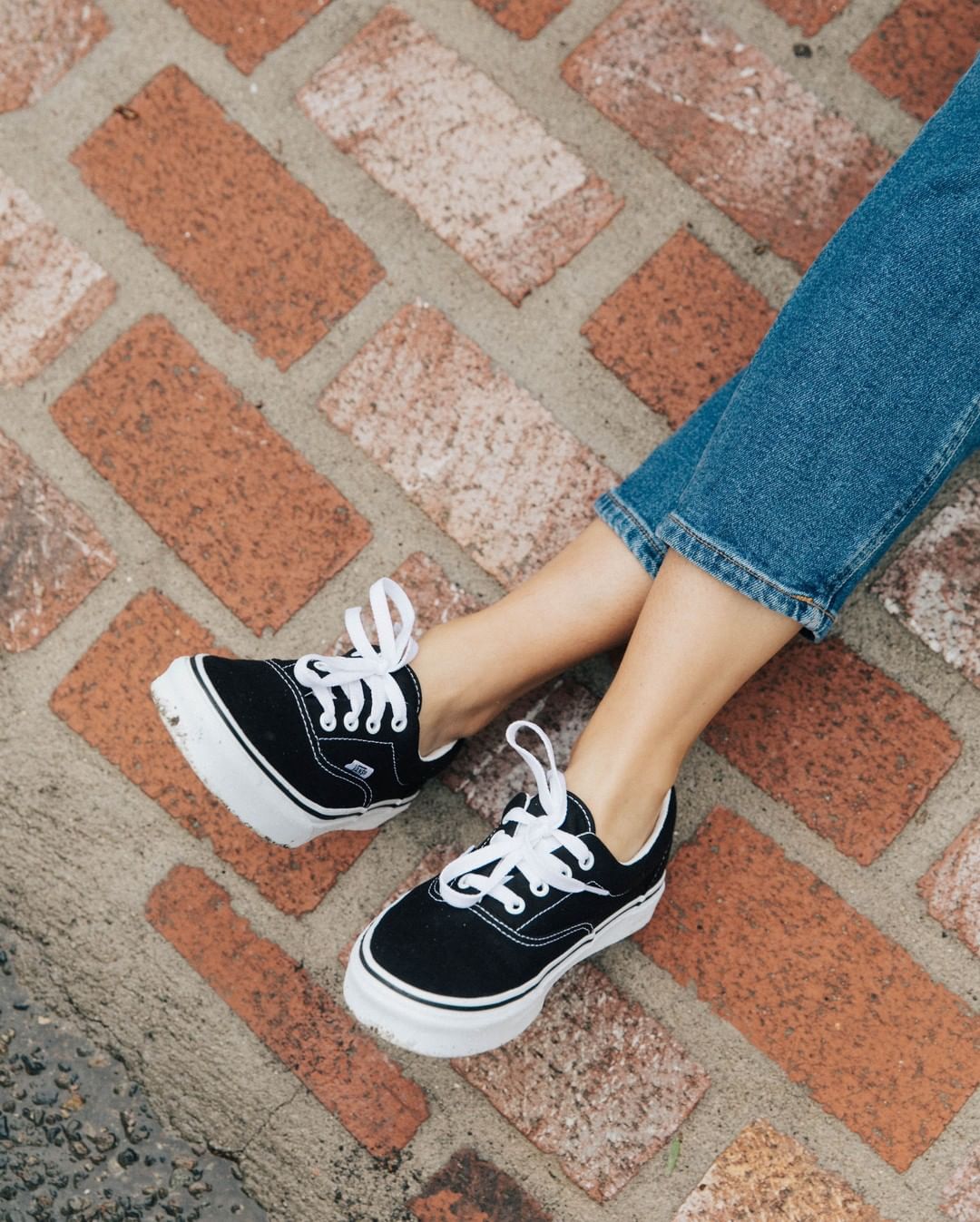 The original style that launched the business, the Authentic Vans have stayed in style ever since. Super easily styled due to their minimalist design, the Authentic style is perfect if you’re after an easy throw-on-with-anything shoe.

The first proper skate shoe the brand made, the Era style was made with the help of skate legends Tony Alva and Stacey Peralta. Perfect for the skate park, but also perfect for day-to-day city wandering, offering a more padded sole for comfort. 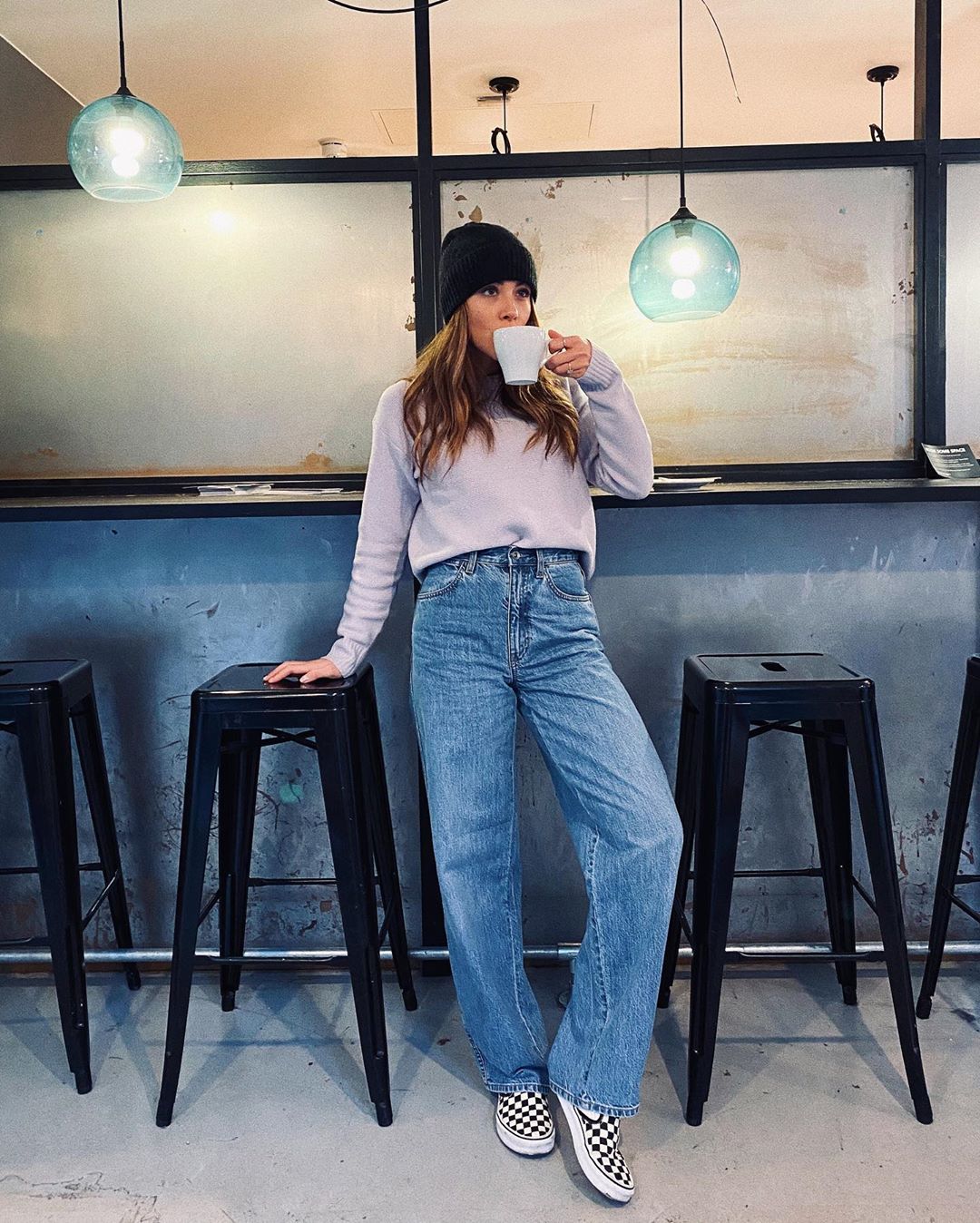 The ultimate pick for effortless streetwear styling, a Vans slip-on is immediately recognisable and infinitely versatile. The checkerboard slip-on has become an iconic style and a must-have for lovers of modern fits and street style. We’re styling ours with jeans and mini dresses alike.

Featuring the brand’s signature jazz stripe, the Old Skool is probably their most well known style. More structured than the rest, the Old Skool has a nice padded sole and bold contrast stitch detailing. The platform Old Skools were even worn by Julia Roberts in Notting Hill, giving us all the 90’s inspiration we need. 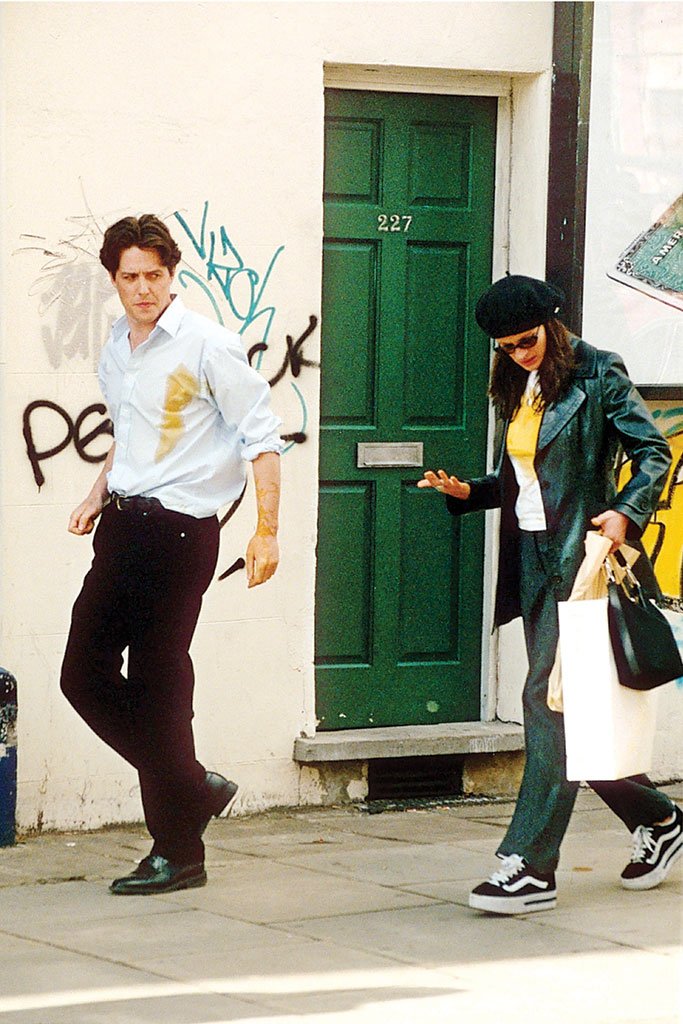 Originally designed to help protect skateboarders ankles, extending the Old Skool style to provide extra padding around the ankle bone, the Sk8-Hi is a perfect boot/sneaker hybrid. Bolder than the rest, opt for this style if you’re looking to make more of a statement with your Vans. 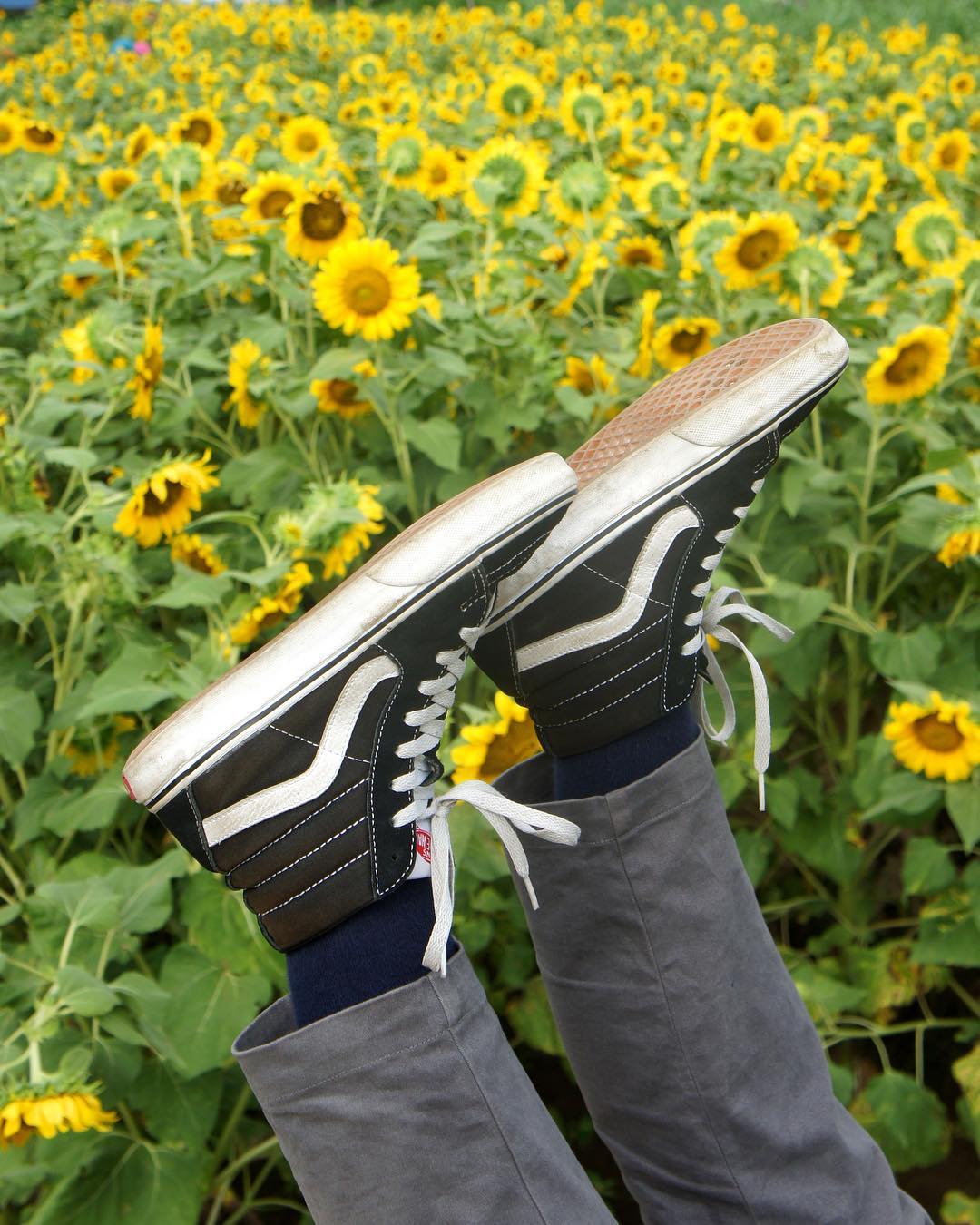 Somewhere between an Old Skool and an Era, the Vans sport is a lighter option if you’re after something low-key. With the same stitching and jazz stripe, the sport has all the best-loved Vans features, but sits a little lower and looks lighter on the foot.

Find your own on AllSole>>>

Vans x Marvel: “Off The Wall” Super Heroes of the Marvel Universe

The Best Emerging Photographers of 2016