She was the pioneering symbol of femininity who went from film starlet to Princess. Over the course of just five years and eleven films, Grace Kelly established herself as one of film and fashion’s most enduring icons. She was just 26 years old when she decided to hang up her boots from the world of cinema and marry Prince Rainier of Monaco; Grace Kelly had nevertheless already made her mark and continues to inspire new generations of admirers with her glamour, poise and timeless elegance.

Born in Philadelphia to parents with Irish and German roots, Grace Kelly pursued an acting career following her studies at the American Academy of Dramatic Arts in New York. Her first film appearance came after fellow American beauty Gene Tierney was forced to pull out of the 1953 movie Mogambo. Over the next five years, Kelly would come to the fore as one of the most remarkable actresses in the film industry, offering mesmerising performances in films such as Hitchcock’s Dial M for Murder and Charles Walters’ High Society where she acted alongside Bing Crosby and Frank Sinatra. 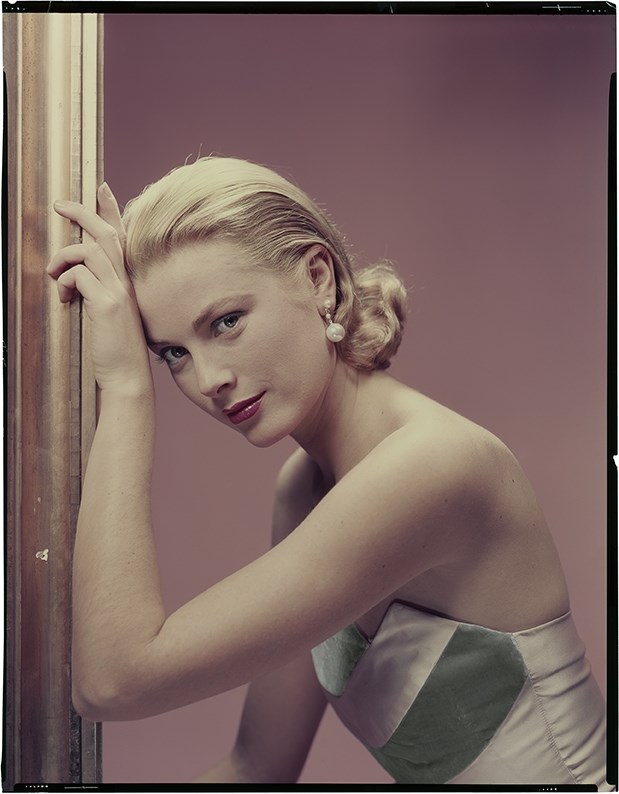 Further to her precocious acting abilities, Grace Kelly arguably surpassed her legacy in film with her influence on the fashion world. Gucci’s now-iconic Flora pattern was designed uniquely for the American actress, while Hermes named a bag after Kelly which would go on to become one of the brand’s signature pieces. Kelly quickly understood that fashion was an integral part of her success. Life in front of the camera and on the silver screen brought with it a demand for stylish, elegant icons, and Kelly was one of the first actresses to really develop her own distinguished aesthetic. As fashion writer Winefride Jackson wrote in The Telegraph in January 1956, Kelly taught us to “dress slim, uncluttered and practically adorned with chunky jewellery—except for stud earrings and one good bracelet”. Kelly popularised a clean, sophisticated, uncluttered silhouette that embodied her icy cool persona. The world was absorbed by Kelly’s sense of style, even to the point where journalists would report on her seamless stockings when departing New York to marry Prince Rainier II in 1956.

60 years since her last film was released to cinemas, Grace Kelly continues to inspire the fashion world.  A recent exhibition entitled Grace Kelly: Style Icon at London’s V&A explored her spectacular wardrobe including the haute couture dresses she wore throughout the ‘60s and ‘70s by couturiers including Christian Dior, Balenciaga, Givenchy and Yves St Laurent. Contemporary designers from Tommy Hilfiger to Zac Posen cite Kelly as a constant source of fashion inspiration, and her minimalist aesthetic is as enduring to the fashion world as her performances on the screen.