The Best Vans Collaborations of All-Time

Is there another product that holds such an influence over its fans like the sneaker? It is one that has borne its own dedicated army of fans, indeed its own culture, and even 40 years after sneaker culture was first born it still continues to climb towards its peak.

The passion and commitment of sneakerheads have even spawned a secondary resale market worth an estimated $1.5 billion per year—and that is in the US alone. Every Saturday morning in the UK, the States and now online, queues of trainer aficionados snake the streets outside retailers seeking to cop the weekend’s hottest drops. For some it is simply a passion, an opportunity to add limited edition silhouettes to their growing personal collections; For others, Saturday morning means business and is their gateway into a resale market that has been carefully shaped by key sneaker brands including Nike, adidas & Vans over the course of the last 40 years.

Limited edition sneakers and branded collaborations are the cornerstones of the resale market and arguably one of the key reasons why sneaker culture has become the mammoth it is today. Since at least the 1970s, footwear brands have embraced collaborations with the fashion and creative industry’s biggest and on-trend names—a tradition that remains a key strand of the sneaker industry until this day. Not many brands can boast a heritage of sneaker collaborations like Vans so we’re taking a look at the biggest Vans sneaker collaborations throughout the past 40 years and how much it might cost you to cop a pair on the resale market today. 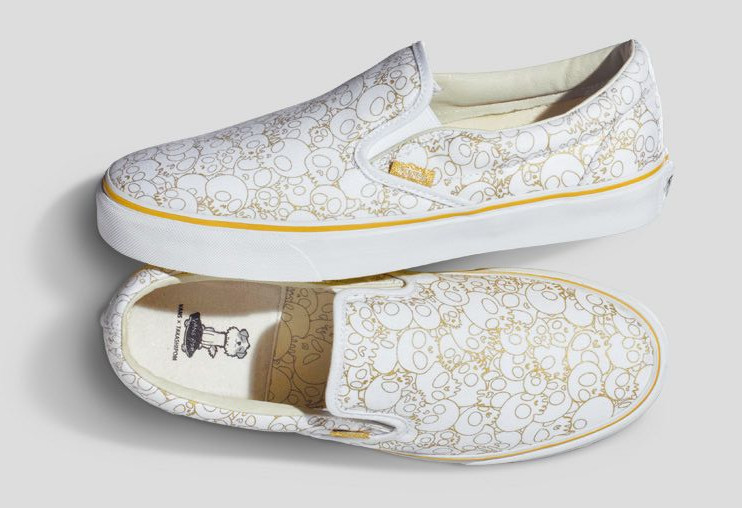 In 2015, Vans teamed up with prolific Japanese contemporary artist Takashi Murakami for the winter season of Vault by Vans. The collection brought Murakami’s vibrant painting and sculptures to the uppers of his favourite Vans silhouette, the classic Slip-On, brought to life with his signature smiling flower and skull motifs. According to StockX, the Vans x Murakami Gold Skull edition would now set you back a minimum of £230 or $300 dollars on today’s resale market. 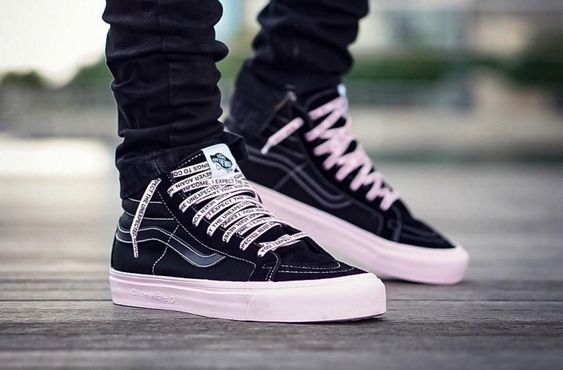 For SS17, Neek Lurk’s Anti Social Social Club collaborated with the original action sports footwear and apparel brand on an exclusive reimagining of the iconic Sk8-Hi and Authentic silhouettes. Dousing them over with the brand’s signature millennial pink and “Get Weird branding”, both limited edition silhouettes are highly sought after on the resale market.

Image property of Under the Palm Leaves

Following two earlier collaborations, Tyler, the Creator’s team and Vans got together to produce arguably Golf Wang’s finest collaboration to date in 2015. This time around, Tyler’s Golf Wang clothing imprint centred the collection around the Old Skool silhouette, reimagining the silhouette with panels of ostentatiously bold shades of orange, blue, yellow and pink. 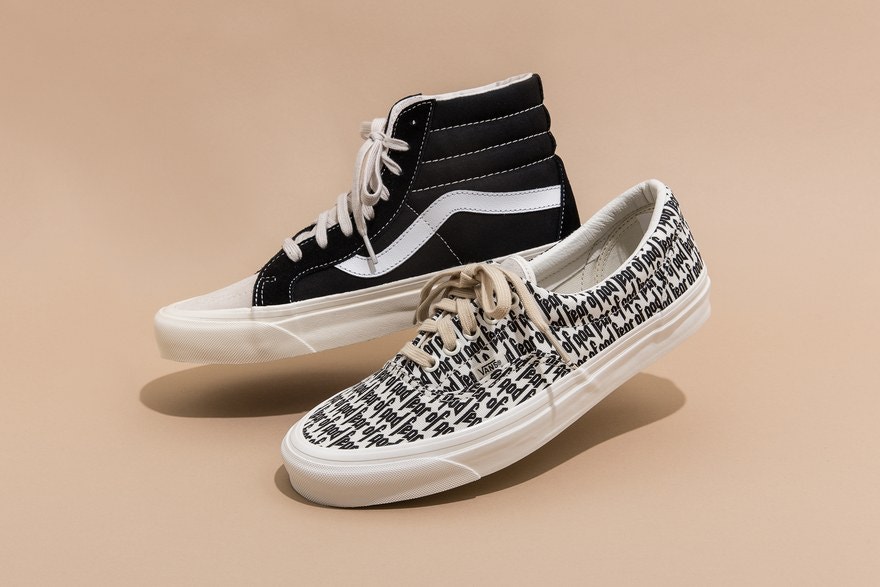 To celebrate the 50th anniversary of the Sk8-Hi, Vans worked with Jerry Lorenzo and his Fear of God label on a limited collaboration of that silhouette alongside the Era (which also turned 50 in 2016). Featuring an off-white perforated toe box and tongue and a slightly elevated midsole, the Vans x Fear of God Sk8-Hi have over trebled their price on the resale market little over 12 months since their release. 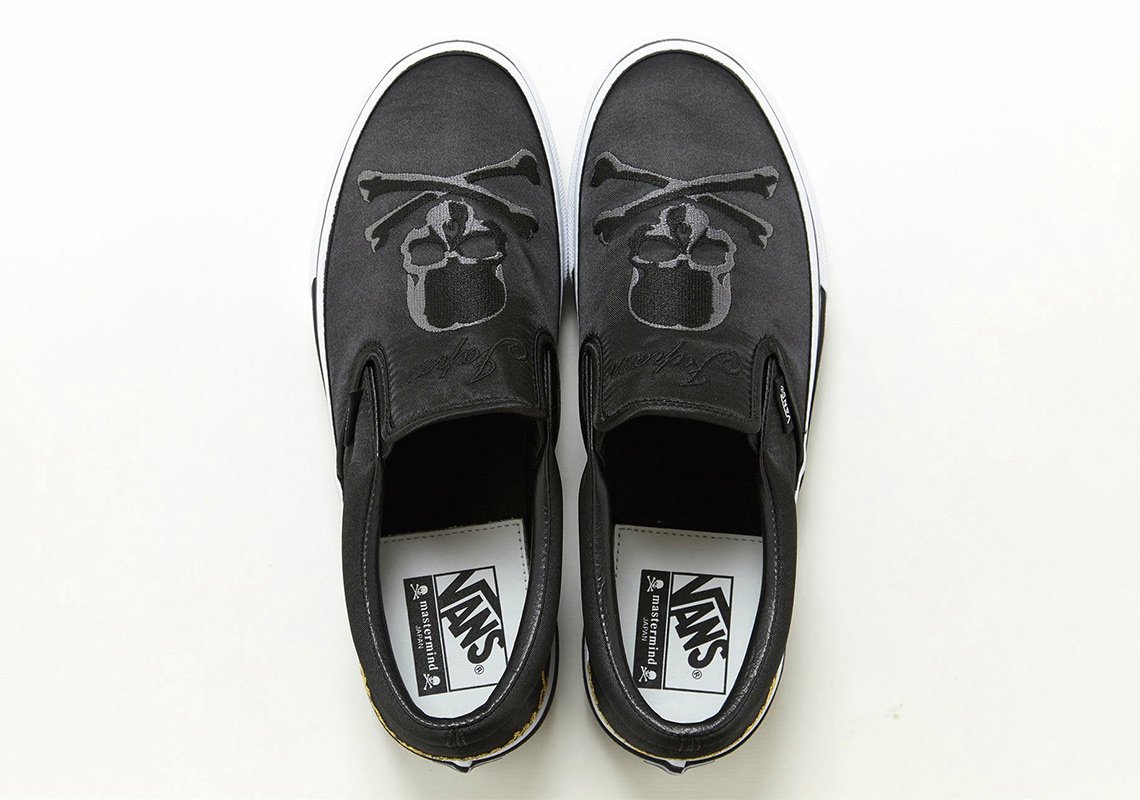 Teaming up in 2016, mastermind JAPAN worked with Vans to create a capsule collection including tees and redesigned editions of the Sk8-Hi, Authentic and Classic Slip-On. Given a plush black leather makeover, the design was marked with mastermind’s signature skull logo and was given a limited release in Japan. Vans and Supreme share a rich heritage of collaborative work stretching back over 20 years, but 2006 saw another huge name joined the fray. The Vans x Supreme x Public Enemy collaboration allowed the rap megaliths the opportunity take to the Sk8-Hi silhouette, creating two new designs approved by Chuck D himself. 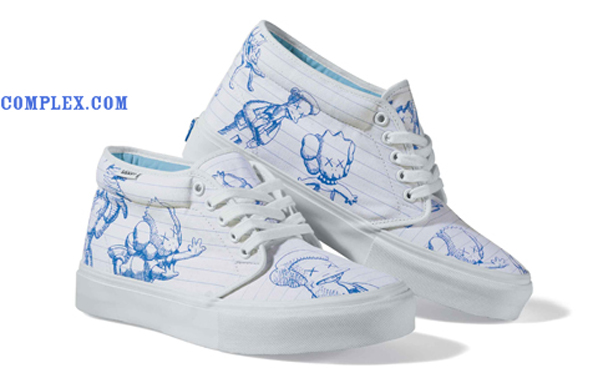 The Simpsons x Vans collection released in 2007 included collaborations with a number of talented artists including Neck Face, STASH, but it is the collaboration with KAWS that is currently the most sought-after. Adorned with the show’s characters illustrated in KAWS’ distinctive classroom-style drawings on lined paper, the Vans x KAWS x Simpsons Chukka would now set you back at least £500 on the resale market.

Released last winter, Supreme continued their longstanding collaborative relationship with Vans to produce new iterations of the Sk8-Hi and Authentic silhouettes. Fusing together Vans’ iconic checkerboard print with Supreme’s box logo, the collection swiftly sold out in a matter of hours and has since been widely recognised as one of Vans’ finest collaborations to date.

The second iteration of the Sk8-Hi from Vans and Supreme’s collaboration with Public Enemy in 2006 featured an all-black design and a “Fight the Power” makeover. The most popular of the two versions would now set you back a hefty £770 or $1000 on the resale market. 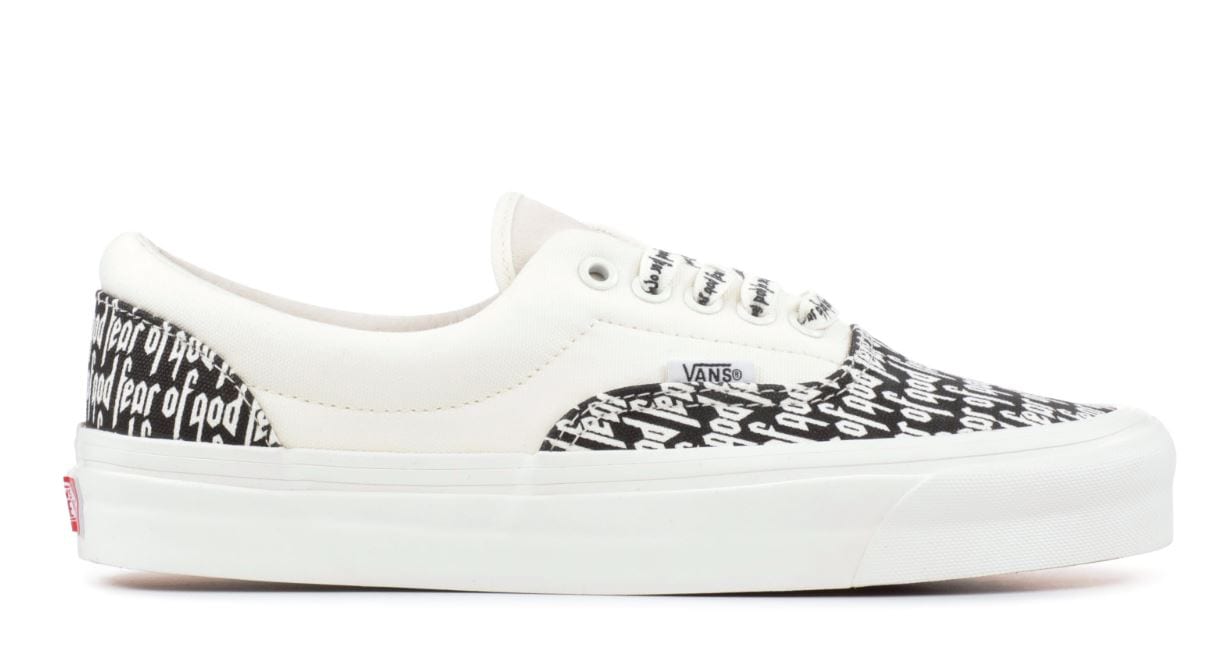 The second shoe released as part of the Vans x FOG 50th anniversary celebrations of the SK8-Hi and Authentic, a simple but killer design and very limited release make the Vans x Fear of God Era 95 shoe the most expensive Vans collaboration on the market right now. Have some spare cash? These would now set you back a minimum of almost £900 on the resale market today. 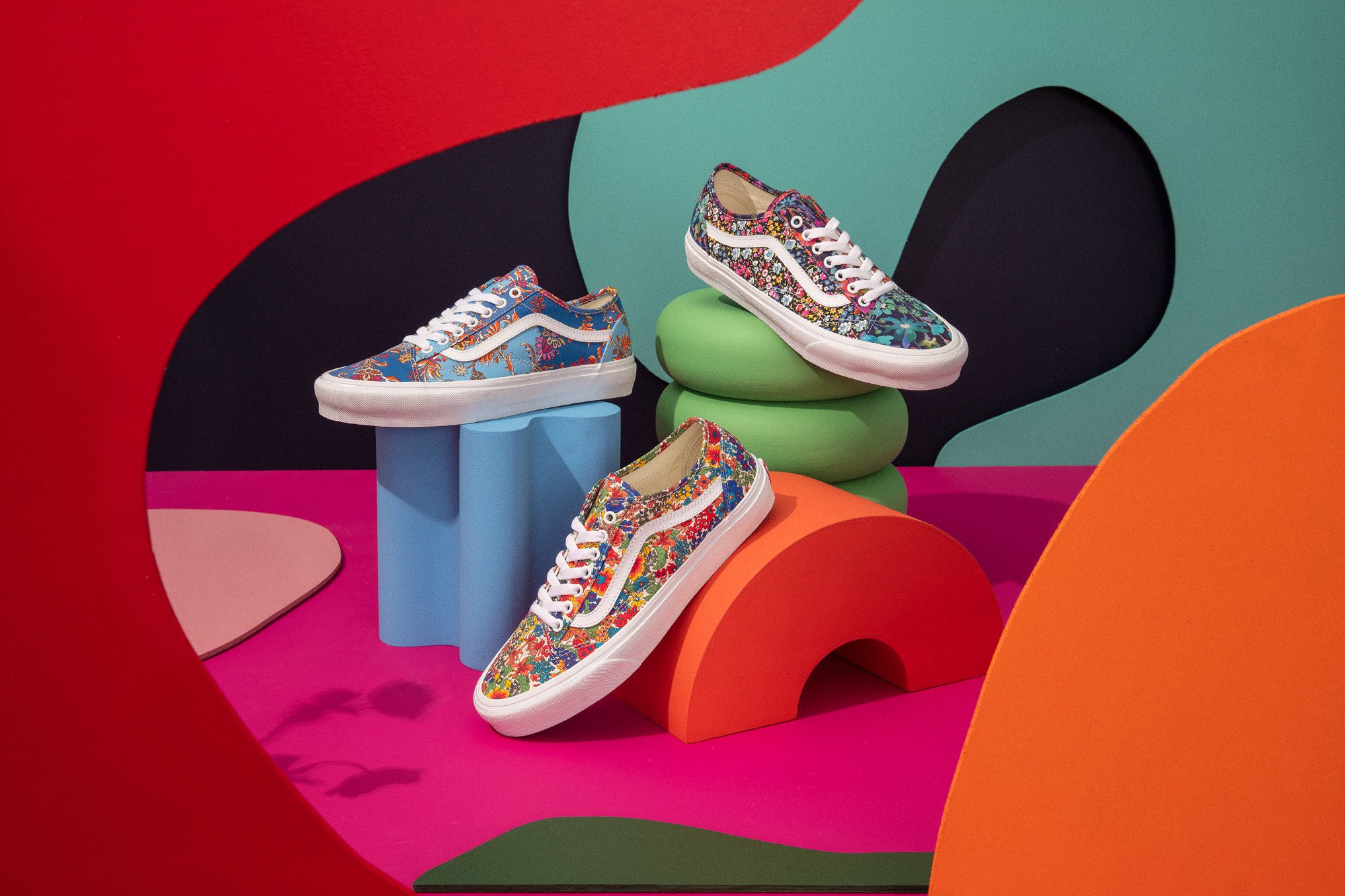 The legendary London department store Liberty has teamed up with Vans for a new collaboration. The line includes the Old Skool Vans silhouette with three Liberty of London bespoke designs. The burst of colour from Liberty’s prominent floral prints on the classic vans style and iconic side stripe makes this the ultimate summer shoe.

Looking for your next pair of converse, here's our complete Buyer's Guide from the experts to help you with the styles, fit and care...

How to Make School Shoes Last