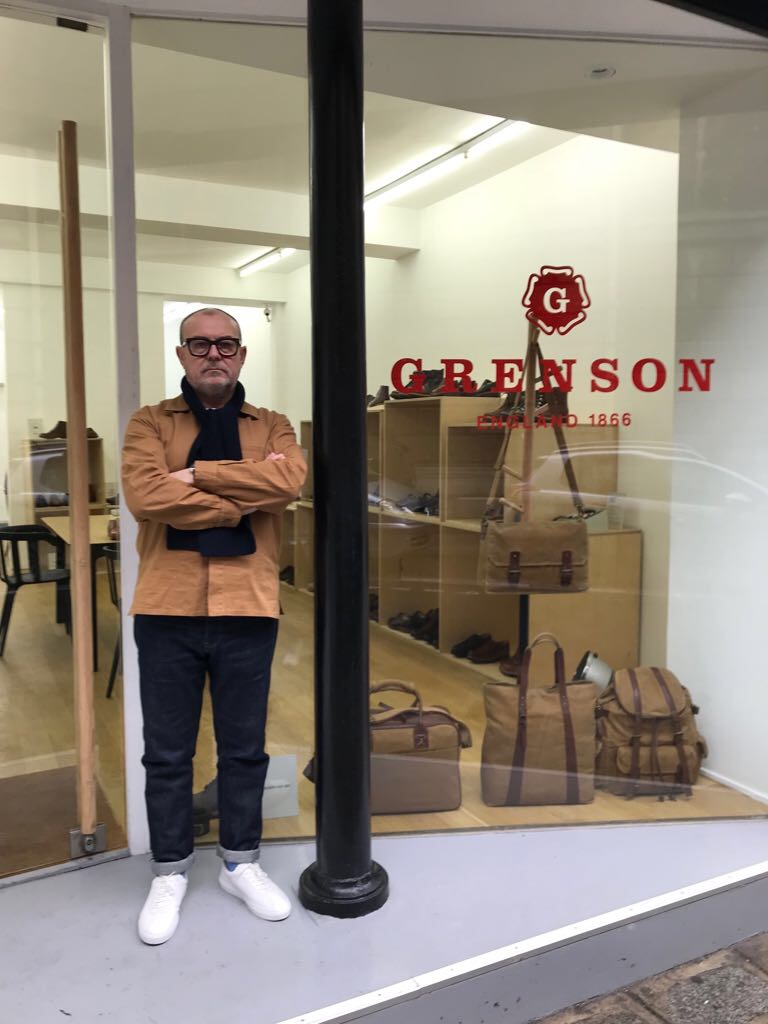 For over 150 years, Grenson has been synonymous with craftsmanship and quality in British shoemaking. For SS18, the brand has for the very first time applied its design approach to a new and exciting range of sneakers. The Grenson sneaker collection fuses the brand’s meticulous approach to material and manufacturing process with a range of sleek, contemporary sneaker silhouettes that allow the quality of the leathers and fine detailing to take centre stage.

To celebrate the launch of the collection, Grenson caught up with Owner and Creative Director Tim Little to talk first sneakers, sneaker culture and about the inception of the new collection.

Sneakers are here to stay. They aren’t just for sports anymore, they are mainstream footwear and they are being worn with a suit as much as they are with a track suit.

“I can’t remember my first ever sneaker but I think it was a basic plimsole that was standard issue for school gym lessons. It was a kind of simple, unbranded shoe that did the job and you can now buy at 10 times the price from trendy Japanese designers. After that I think I moved into Dunlop Green Flash but my Mum didn’t like paying extra for branded goods. How ironic.”

The next phase for me was the most significant and was all about a brand that dominated the sports shoe market from the 1950s until the 1980s. Adidas was the only sneaker (or trainer as they were known) worth having back then and my first obsession was the adidas Samba, a black shoe with white stripes and a gum sole, that was like a football boot but without studs. I think I had about 10 pairs, not for fashion reasons, but because I wore them out playing football every day on concrete. I also had proper adidas football boots of course, I mean you had to.

Playing Sunday league in Nottingham in the 70s, if you didn’t wear black adidas boots with white stripes, you weren’t serious about the game.

To this day, cartoonists always still draw stripes on the side of football boots as a visual short cut. The Copa Mundial is still the best football boot of all time and I loved mine more than my parents. I heard a story that professional players would buy a pair two sizes too small, put them on and then put their feet in the bath so the leather would mould to their feet. I also know that many players would sign lucrative boot deals with other brands but would still wear adidas with the stripes taken off and the other brands logo glued on. Many years later I worked with adidas and realized I loved the brand more than most of their employees. For me it is still the original sports brand.

This year marks 150 years since the Grenson brand was born in a loft in Rushden, Northamptonshire. AllSole takes a look at Grenson's rise to becoming one of Britain's premier shoemakers, how the brand is celebrating its 150th anniversary and ponders the future of the brand.

Moving on a few years and I was playing a lot of tennis. One day a guy turned up at our club who had just returned from the States and was wearing what looked like Stan Smiths but with a “swoosh” on the side where the famous Three Stripes would normally sit. He explained that they were called Nike’s (sounding like bike’s), and I was instantly in love even though I felt dirty and adulterous to my adidas who I had worn for 5 years or more. There was a brief diversion to Diadora when Bjorn Borg was winning Wimbledon in them (they had an amazing speed lacing system) but this also included a humiliating period of being outed for wearing a fake Sergio Tacchini shirt with an incorrect logo that turned me off the Borg look for good.

From here on I moved around a lot but never really deviated from adidas and Nike very much. Yes I had a pair of Puma Clydes and yes I had a pair of Pony basketball boots at one point, I even had pairs of Asics and New Balance for running in but I never lost my deep seated relationship with adidas or the memories of brief but passionate affair with Nike.

And I guess that is my point. Sneakers are as much about the brand as the shoe itself, maybe more so.

Many of us fall deeply in love with our favourite sneaker brand, even though we won’t admit it. I bet if you’re honest, one brand will have supplied more than 50% of all the sneakers you’ve ever bought. In 1997, I said to myself, imagine if you could create that kind of loyalty for a non-sports shoe brand, wouldn’t that be incredible?

On the new Grenson Sneaker Collection

Which brings me onto our own sneakers. I started doing them about 15 years ago for Tim Little, out of little artisan workshops in Florence and I still make them there today. For Grenson, I did the first sneaker in 2017 and based them on very simple, old school styling but made from very “Grenson” leathers to give them a signature. I had to do a Brogue sneaker of course, so we just used the Archie upper as it’s our biggest selling shoe and put him on a cup sole.

In short, Grenson doing sneakers is just another indication (in case you needed one) that sneakers are here to stay and they aren’t just for sports anymore, they are mainstream footwear and they are being worn with a suit as much as they are with a track suit. 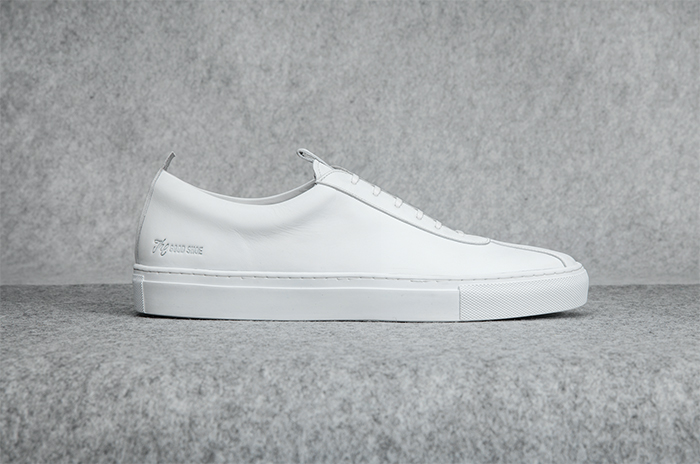 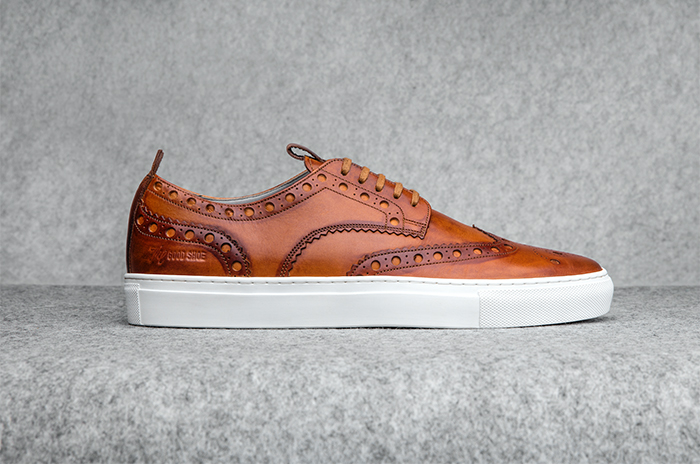 UGG for Summer? It’s a Yes from Us!