Trends come and go, but some styles stick around. Forever in our regular rotation, these iconic sneakers are the must-haves in any collection, representing some of the best brands and shapes in the shoe game. Full of heritage and history or bursting onto the scene with immediate hero status, there are some styles that rise above the rest.

Never going out of fashion and never getting old, these are our top 5 most iconic sneakers that you should definitely own by now. 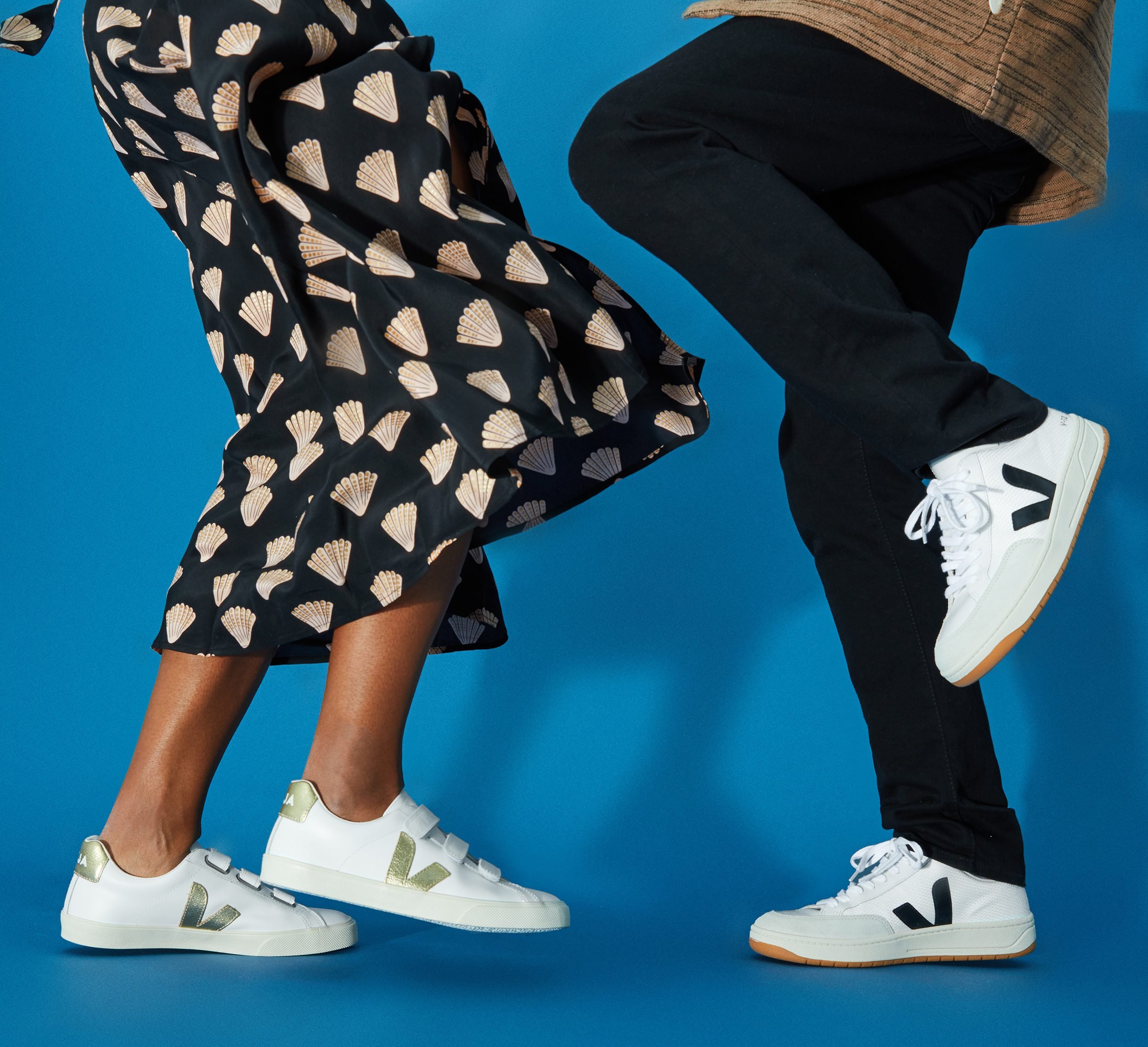 Converse are distinctly American, making up over 80% of the sneaker industry in America when they launched their athletic shoes in 1915.

The iconic Chuck Taylor All-Stars are named after a basketball player who wandered into a converse store in 1923, complaining of sore feet. Converse gave him a job promoting the shoes around the US, and soon the brand became a staple on the American Basketball scene. The high-top shape was initially designed to move with gym socks to prevent blisters, making them a firm favourite with athletes, being worn during army training as well as in 1984 the Olympics by Michael Jordan. 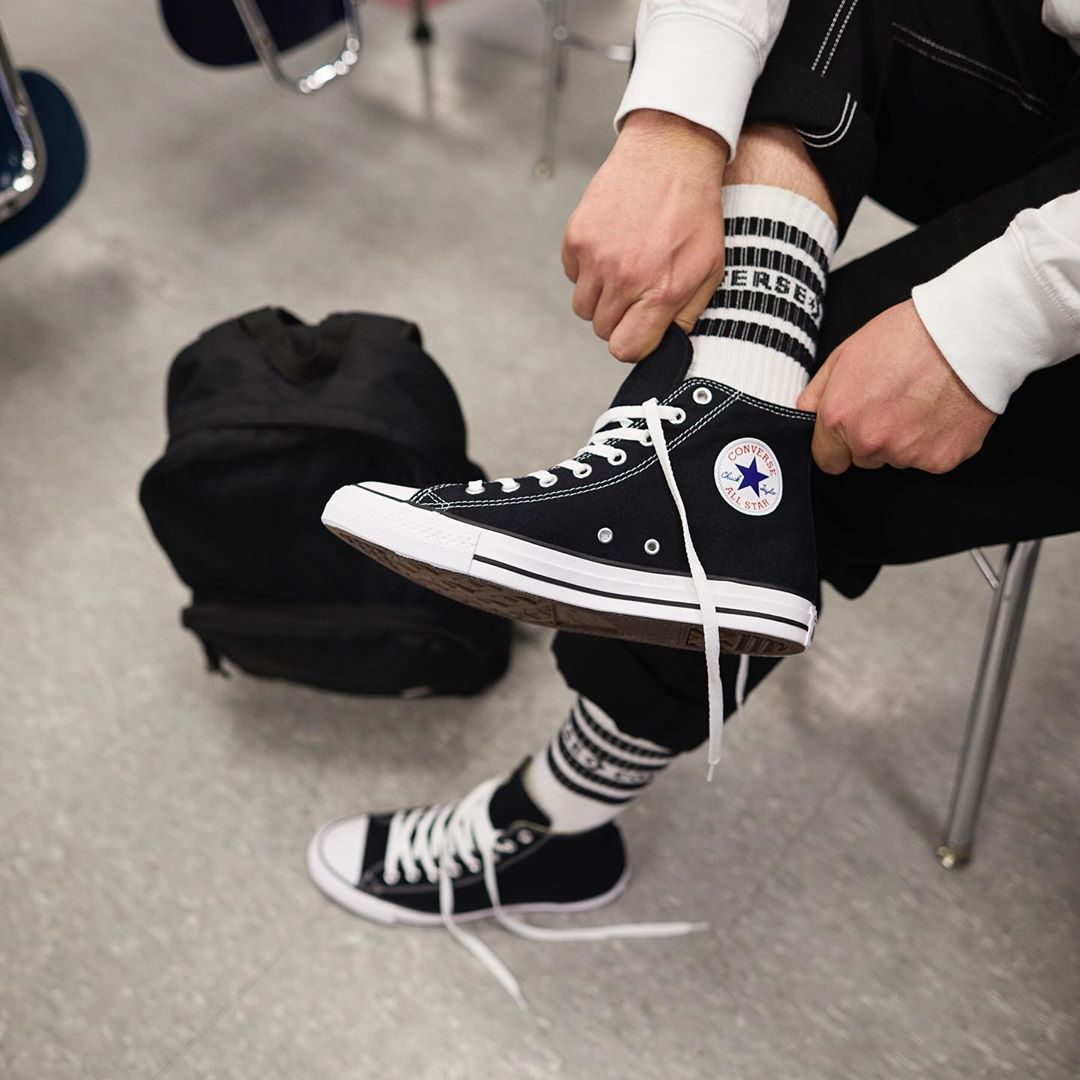 Quickly being picked up for day-to-day wear due to their durable sole and all-American appeal, over 60% of everyone in America today owns a pair of converse. Uber recognisable and undeniably iconic, converse have appeared in some of the biggest American films of all time, including Back to the Future and Grease, making them a sneaker that’s deeply ingrained within culture.

In 2015, three pairs of Chuck Taylors were sold per second, so if you don’t already have a pair, what’re you waiting for? Wearing these iconic sneakers is like wearing a small piece of American history.

Though the newest brand in our line-up, VEJA are fast becoming a wardrobe must-have, sported by fashion royalty and real royalty alike after Meghan Markle opted for a pair during the Invictus Games.

Though they provide the minimalist cool that your shoe rack craves, VEJA’s aren’t about appearances, they’re about actions. Being dedicated to social responsibility from day dot, the french brand was founded by Sébastien Kopp and François-Ghislain Morillion after learning the harsh realities of working conditions fast fashion factories. Though they could make their iconic sneakers three times cheaper in one of these factories, instead they opted to create a company built on transparency and ethics.

In 2017, VEJA crossed the Brazilian border to find new partners. Since its launch in 2005, VEJA is working with independent organic cotton producers in the Northeast region of Brazil. As VEJA is growing, we had to look for new cotton producers for the canvas and the lining of our sneakers. Two years ago, we went to the other side of the Amazon forest. We landed in Lima and drove 3 hours South through the dusty desert to Chincha, a small city close to the Peruvian coast. There we met the Bergman Rivera project, a company that started in 1986 as a pioneer in organic agriculture and works today with 160 families. We discovered this amazing place where their certified organic cotton is growing thanks to the Andean waters. Since then, we bought more than 175 tons organic cotton through 60 farmers. Our only mission is to link amazing projects together to create a positive chain to offer a sneaker that is… different. #veja #vejaproject

Our favourite VEJA V-10s don’t just look good, but do good for the world, made from 4 core materials;

It is the brand’s hope to create icons, designing sneakers that will stand the test of time to reduce trend-purchasing in favour of long-lasting classics. And they’re definitely achieving that in our books as we pair our V-10s with everything from jeans to maxi dresses, suiting every look and ideal for any weather condition. Being the 2nd and 3rd best selling pieces globally the week they were launched, the VEJA V-10s are a new classic and an instant icon. 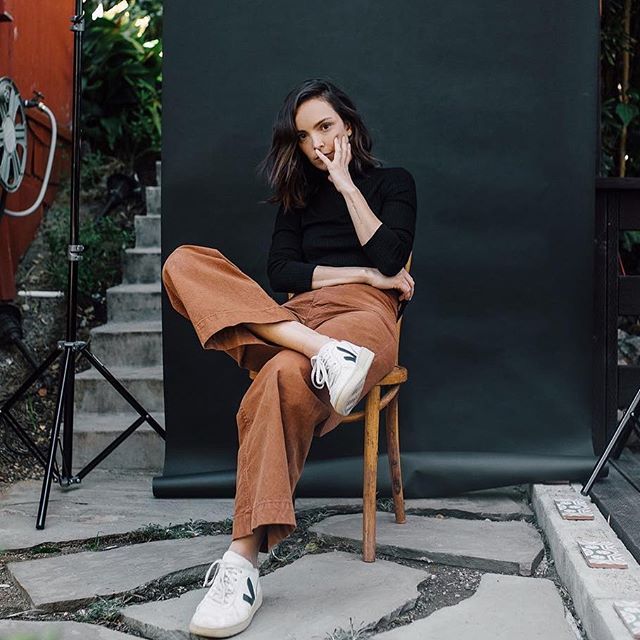 A Buyer's Guide to VEJA Sneakers

VEJA sneakers are synonymous with clean, classic and contemporary style. From composition to care, check out our buyer's guide for everything you need to know about the brand...

With one of the most iconic logos of all time, Puma’s are a must-have for any sneaker fan. Founded in 1924, the Dassler brothers began making sports shoes from their family home. These shoes have gone on to be worn by icons from Jesse Owens when he won four gold medals at the historic 1936 Berlin Olympics, to Usain Bolt as he set a world record in the 100m sprint and then went on to beat it. The brand creates their iconic sneakers by collaborating with and using the knowledge of iconic sportspeople, designing shoes that are made to win.

It didn’t take long for us to adopt the cat into our day-to-day life as the brand released their lifestyle range, creating some of the most iconic retro styles still loved today. Collaborating with sports stars and celebs alike, from Serena Williams to Selena Gomez and Rihanna, the brand remains forever relevant, forever on our radar, and forever on rotation as some of our fave styles.

The Puma Calis are always at the front of our wardrobe as an easy goes-with-everything style, offering retro vibes as the 80s classic stays in style. Combining all the durability and craft of the brand’s sports shoe heritage with their years of style know-how and history, Puma Calis represent everything we love most about the brand. Look around and you’ll see them everywhere. 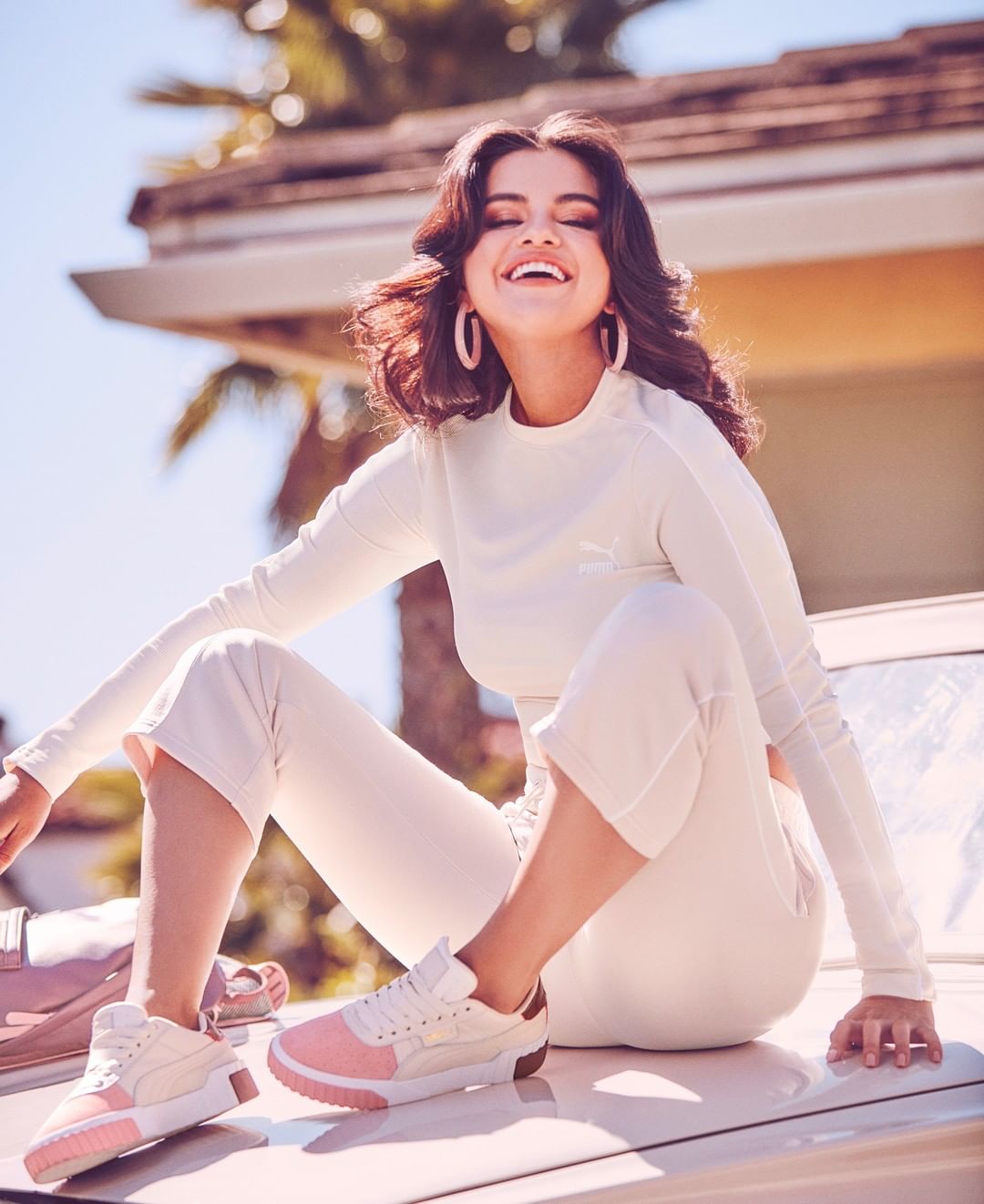 Founded in 1966 by the Van Doren brothers, Vans have always been firmly rooted in the skate community as one of the founder’s sons loved the sport. Their iconic authentic style was born in their founding year and has remained pretty much the same since. In the early 1970s, Vans became the uniform for Southern Californian skaters, with their effortless style and sticky soles making them perfect for the skate aesthetic as well as practicality.

Far beyond the skate parks of SoCal, Vans have gone on to create some of the most exciting and anticipated collabs in the sneaker world with designers, bands and films alike. But yet we still always go back to the Old Skools. Though they still have all the functionality of a skate shoe, we love our Old Skool Vans on the street, in the office, anywhere, as the iconic design does all the styling for us.

Staying true to their origins and perfectly merging athleisure with retro aesthetics, Vans are an iconic, must-have pair of day-to-day kicks. 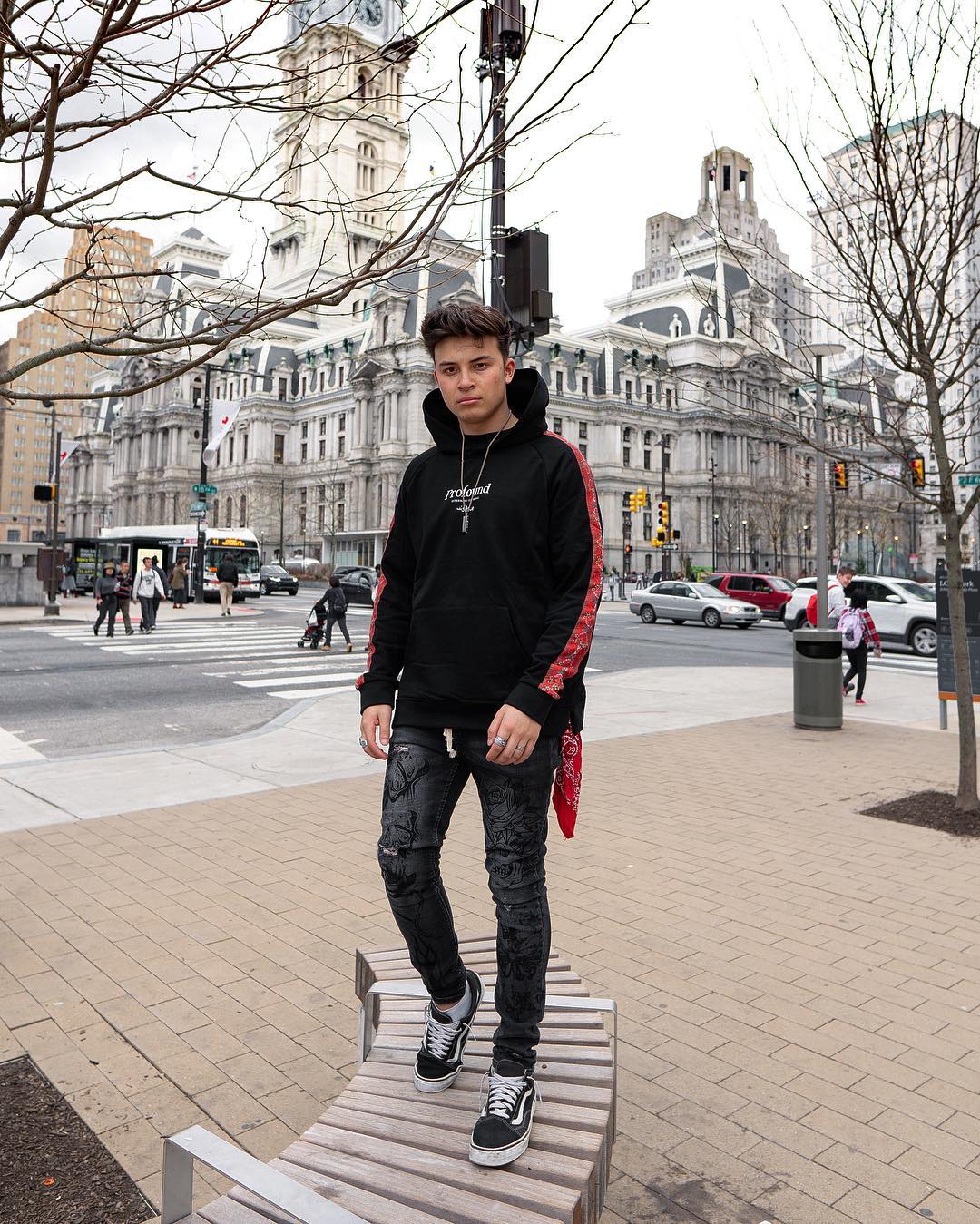 In the battle over who started the chunky sneaker trend, Skechers stake a good claim.

After the 90’s obsessed over their Energy and Stamina styles, the Skechers iconic D’Lites were released in 2007 as a lighter weight option for the trend. Over a decade later we’re lusting after them again. The iconic sneakers have seen a big revival, stomping their way down the catwalks of seven shows this NYFW and being seen on the feet of some of our favourite style icons once more as athleisure moves into luxury.

Simply take a look at the chunky sneakers offered by other brands and you’ll see elements of the D’Lites, from their top cap, typography and midsole arches. But is it any surprise? Skechers, after being founded in 1992, became one of the most defining brands of the 90’s due to their celebrity endorsement from icons like Britney Spears. Sold on every continent except Antarctica, Skechers are truly international, being the 3rd biggest athletic footwear brand in the US and making $4.64 billion last year! 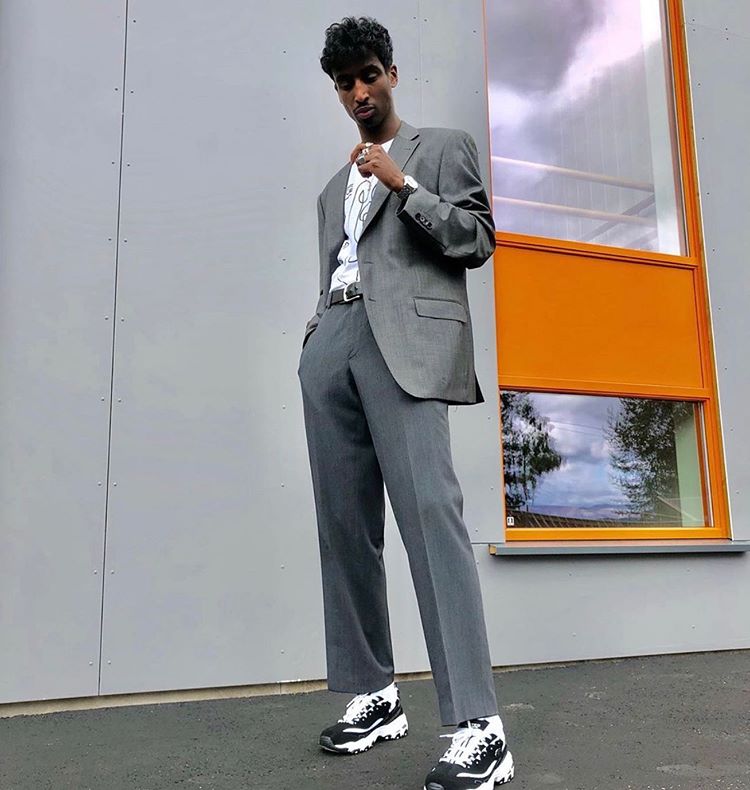 The Best Shoes for Skateboarding | In Their Shoes