Unquestionably one of British footwear’s most iconic names, Clarks has been producing some of the UK’s finest shoes now for almost two centuries. Yet despite its rich heritage and prestige, Clarks isn’t a brand to rest on its laurels; almost every season the brand strives to reimagine the Clarks archive, introducing exciting new silhouettes and designs into an ever-expanding collection that seamlessly combines much-loved classics with modern must-haves.

To help you find your perfect pair of Clarks shoes and answer any questions you have along the way, we’ve teamed up the expert buying team here at AllSole to talk you through everything you need to know about Clarks whether you’re a first-time buyer or seasoned collector. 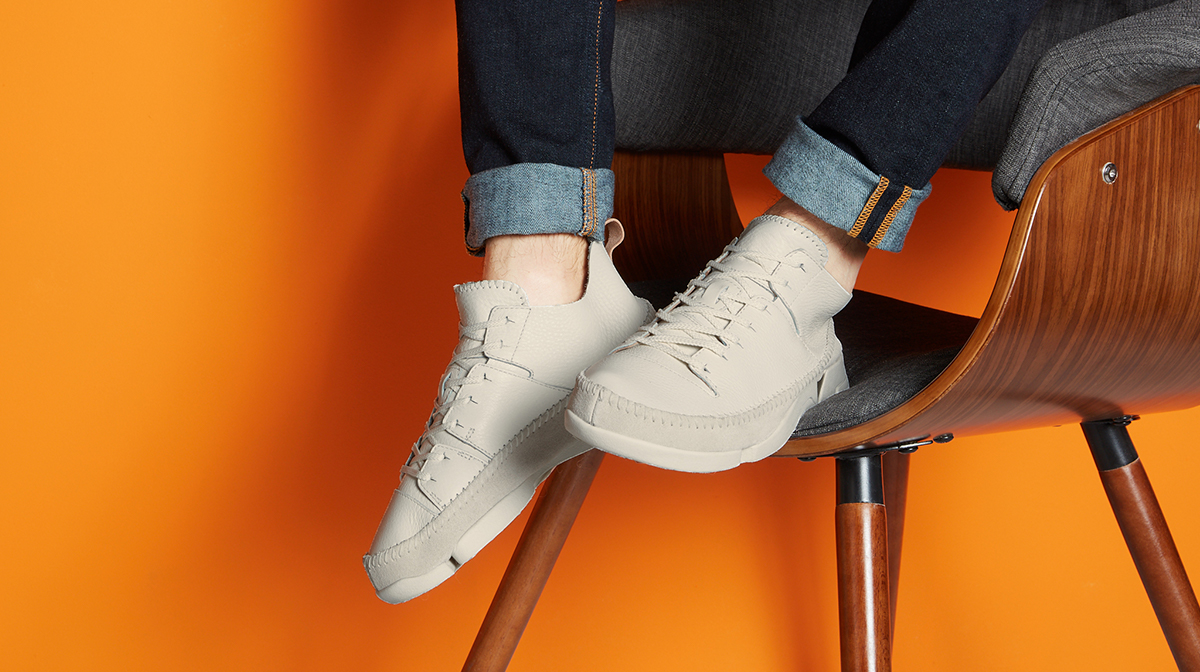 How did Clarks shoes get started?

Clarks was founded in 1825 by brothers Cyrus and James Clark in Somerset, England. The Clarks brand started out producing rugs out of local sheepskin, and it wasn’t until three years later in 1828 that the first veritable pair of Clarks shoes were made when James Clark decided to craft cosy slippers using the offcuts from those rugs.

Over the next half decade, trade blossomed for the Clarks brothers who transitioned completely into footwear thanks largely to several award-winning shoe designs. But the Clarks brand really took off in 1873 when James’ son William mechanised the shoemaking process and brought the brand to the forefront of technological developments in doing so. By the early 1900s, Clarks was the name on everybody’s lips in London where new premium fabrications and fashion-forward styles were taking the capital by storm. 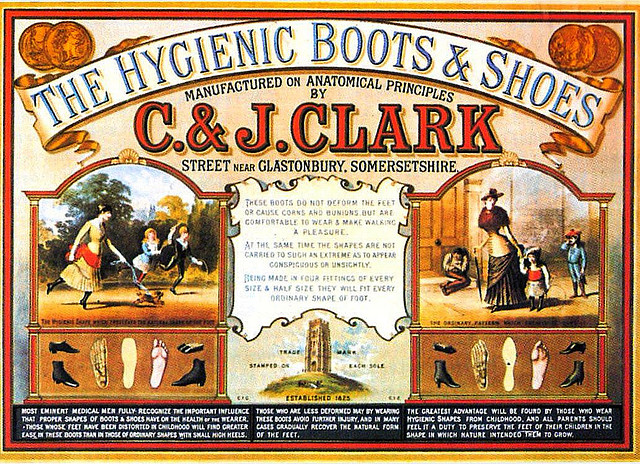 But Clarks’ most iconic ‘fashion’ moment was yet to come, when in 1950 Nathan Clark designed the Desert Boot. With a novel design inspired by boots Mr Clark had spotted in the bazaars of Cairo, the simple suede ankle boots took off almost immediately when introduced to the British market. Desert boots were swiftly adopted by subcultures around the world, from Jamaican rude boys and Beatniks in the U.S., to Mods in the ’60s, ’70s and ’80s, and by the Britpop movement in the ’90s. During its 70 year lifetime, the Clarks desert boot has been often imitated, but never bettered, and the shoe remains one of the brand’s bestsellers until this very day.

Not all Clarks shoes are waterproof, but the brand does have a GORE-TEX® range that creates waterproof, breathable shoes perfect for keeping feet dry in all weather conditions. Here at AllSole, we also stock a range of shoe care products and protectors to help waterproof and prolong the lifetime of your shoes.

Are Clarks shoes true to size?

Clarks understands that correctly fitting shoes are important no matter your age. Many people may not fit into a standard ‘whole’ size, and so Clarks also offers the option of whole and half sizes. Wear your favourite footwear in the comfort and style that you would expect from Clarks by checking the men’s, women’s and kids size guides below to find your perfect fit.

Do Clarks fit for width?

Clarks understands that your width fitting is every bit as important as your shoe size. The brand offers a range of width fittings for men, women and kids:

Are Clarks good for your feet?

A combination of high-quality materials, a huge number of fits and almost 200 years’ industry experience makes Clarks one of the most reputable and respected footwear brands working today. The brand takes pride in offering contemporary shoes crafted from quality materials that never compromise on comfort or functionality. For this reason, Clarks has garnered a reputation for developing shoes that consider comfort and foot health to be every bit as important as design and aesthetics. 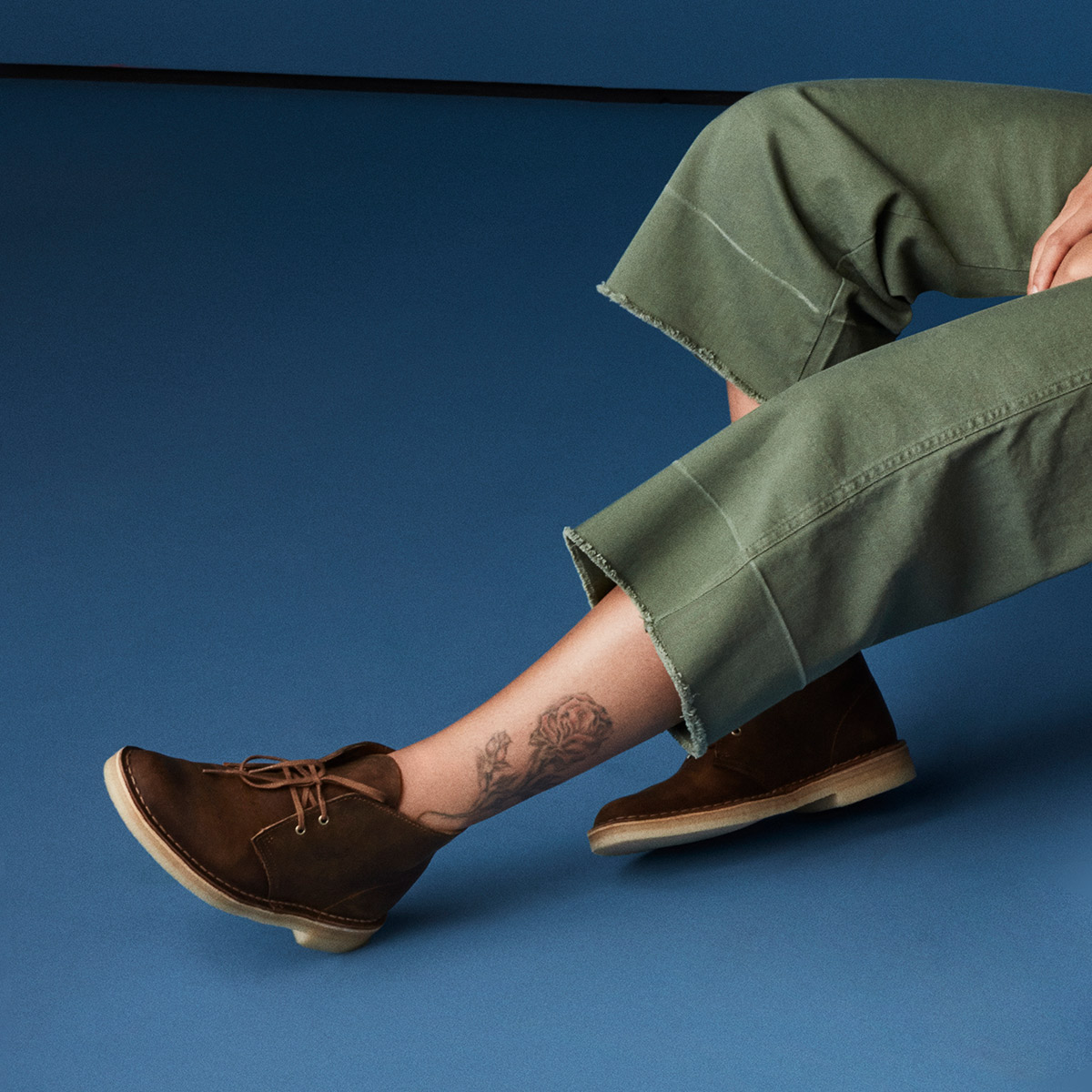 Many Clarks shoes feature a certified, slip-resistant rubber outsole perfect for school, work or slippy environments. Here at AllSole, you will be able to find out if the sole of your shoe is non-slip or slip-resistant by checking out the description on the product page.

What is Clarks’ Ortholite® footbed?

Ortholite offers an advanced propriety polyurethane formula with recycled rubber content that delivers a combination of benefits unmatched by virtually any other insole manufacturer. The unique open-cell structure of an Ortholite® high-performance footbed delivers long-lasting cushioning plus breathability, a lightweight construction, moisture management and being machine washable. See the shoes below with Ortholite® footbeds within for extra cushioning!

Are Clarks shoes made from real leather?

The extensive range of Clarks shoes includes many styles crafted from real leather. Here at AllSole, we would recommend carefully reading the description on the product page which will clearly state whether the product is made from real leather, or alternatively please feel free to get in touch with us if you are unsure about the fabrication of your shoes or would like more information.

What are Clarks Originals Wallabee made from?

The Clarks Original Wallabee is a legendary style from the Clarks archive produced by the brand since 1967. The shoe comes in two styles—the shoe and the boot—which are both made from two pieces of leather or suede in the timeless moccasin design with two eyelets and a signature wedge crepe rubber sole.

How are Clarks Desert Boot made?

The video below gives an insight into the making of the limited edition Made in England Clarks Desert Boot, produced in 2015:

How can I style my Clarks?

Throughout history, Clarks has been worn and styled by everyone from Wu-Tang Clan to Noel Gallagher, Robert Pattinson to Steve McQueen, Drake to Prince Harry. In addition to their functionality and comfort, Clarks’ shoes are beloved for their versatility which allows them to complement most aesthetics. Below are a few suggestions on how to style your Clarks shoes.

Clarks has developed their range of footwear over the years to invlude fashion footwear and trainers, alongside their more formal focus. See our blog on the shoe we are labelling a gamechanging silhouette, the Trigenic Trainer or read up more about the Clarks Originals Wallabees! 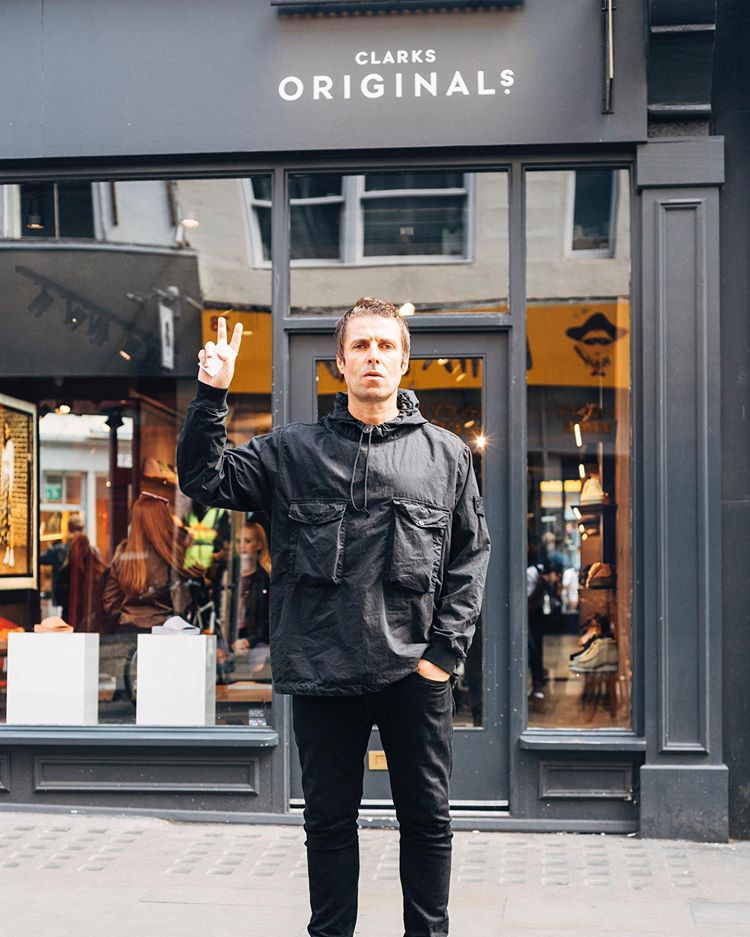 A Guide to Your Perfect Autumn Boots