Since the dawn of television, music icons have relied on fashion—and particularly footwear—to define their image. Whether we look back to the sixties and the famous silhouette of the Beatles jumping in their signature Chelsea boots or to the current obsession with Kanye’s Yeezy sneaker, shoes are quite literally the foundation on which musical stars build their image.

But while some brands are instantly recognised for their musical association, other brands have become music’s unsung influencers. With a rich heritage dating back almost 200 years, Clarks is famous around the world foremost for the quality and timelessness of its footwear; what is less known, however, is the huge influence the brand—especially its Originals Wallabee silhouette—has had on music over the past three decades.

The History of the Clarks Wallabees

A moccasin-inspired shoe developed in Ireland and launched in the 1960s, the concept of the Clarks Wallabee dates as far back as the 1880s when William Clark had the idea of making the shoe perfectly fit the foot for greater comfort and practicality. It wasn’t until the 1950s that Nathan Clark developed the distinctive crepe sole of the Wallabee, and it was another ten years until the brand had perfected the silhouette of the Wallabee which has remained the same now for over half a century.

The Clarks Wallabee had been successfully exported around the world by the time the shoe was first picked up by music stars in the early 1990s. But in 1993, a New York-based crew of wordsmiths calling themselves Wu-Tang Clan released their debut album Enter the 36 Chambers, with each of the nine members having a penchant for Clarks Originals Wallabees. In addition to being snapped in their favourite shoes and wearing them in their music videos, the hip hop collective even rapped about Wallabees, using it as a benchmark of coolness to which they would compare their own greatness. In one of their best known singles, “Gravel Pit”, Method Man would rap:

Wu-Tang gotta be /The best thing since Starks and Clark Wallabees.

Musicians and Celebrities Who Have Worn Wallabees

As Wu-Tang’s fame grew, so too did the Wallabees. The shoe would remain a favourite among Wu-Tang’s members even after their split, with Ghostface Killah going on to release an album and a single titled “Wallabee Champ”.

Wu-Tang might have been the first to champion the Clarks Wallabee in hip hop, but they would certainly not be the last. British-born rap artist DOOM is one such advocate of the brand, and one who recently teamed up with Clarks to release an exclusive collaboration edition of the shoe. Before he became a permanent ambassador for his own Yeezy sneaker, Kanye West was an avid wearer of the Wallabee and more recently Drake has been regularly spotted wearing the shoe. 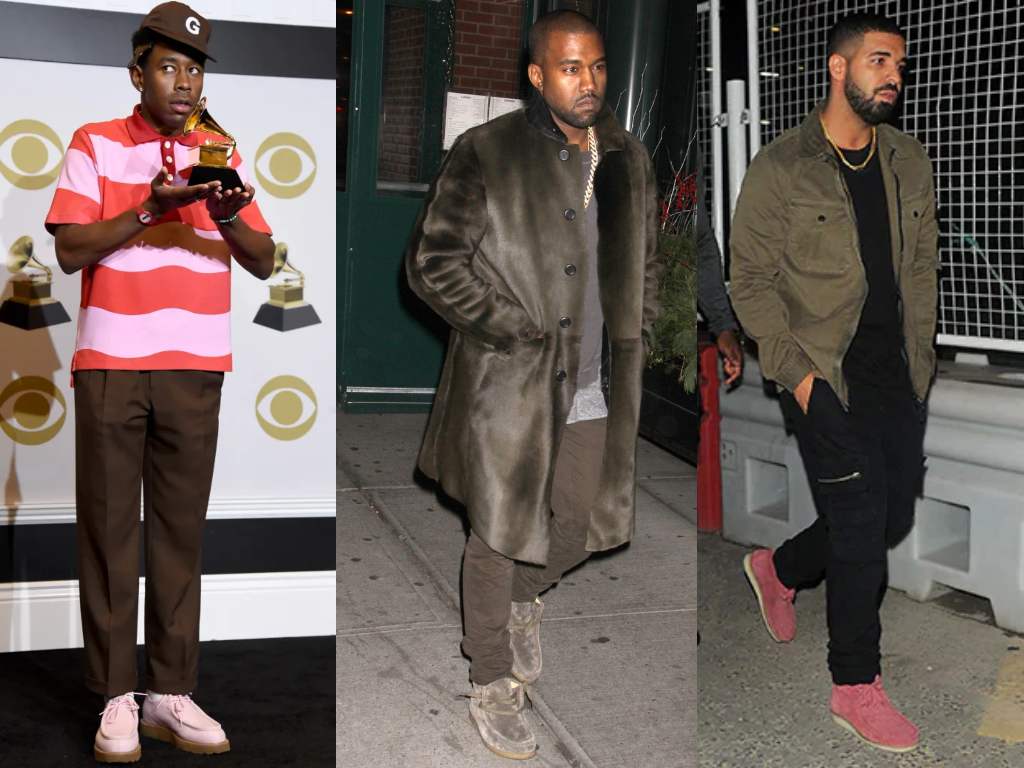 Outside of hip hop, too, the shoe’s popularity has continued to grow. Fixed at the forefront of The Verve’s best-selling release Urban Hymns, Wallabees became a favourite among Brit Poppers including Blur and Oasis through the ‘90s. Elsewhere, such iconic figures as LeBron James and Breaking Bad’s very own Walter White are known to be wearers of the shoe.

Shop the new range of Clarks Wallabees online at allsole

From fitting information to the best ways to style your Clarks, AllSole sits down with our expert buying team to answer your burning questions about the brand and its iconic footwear.

3D Printing and the Future of Footwear