Now in its second year, the Siena International Photo Award is already recognised as one of the photography world’s most prestigious accolades. With over 50,000 images submitted for consideration from amateur and professional photographers this year, it is also one of photography’s most inclusive prizes, giving its judges quite a task of sifting through and selecting its winners.

With such a mammoth number of entries, it is no wonder that the winning photographs offer up some of the most breathtaking and inspirational travel pictures you will see this year. Announced last week, this year’s SIPA winners feature as part of a month-long exhibition taking places in venues around Siena as part of the Siena Art Photo Travel Festival. Prior warning: the photographs below may induce some serious wanderlust. 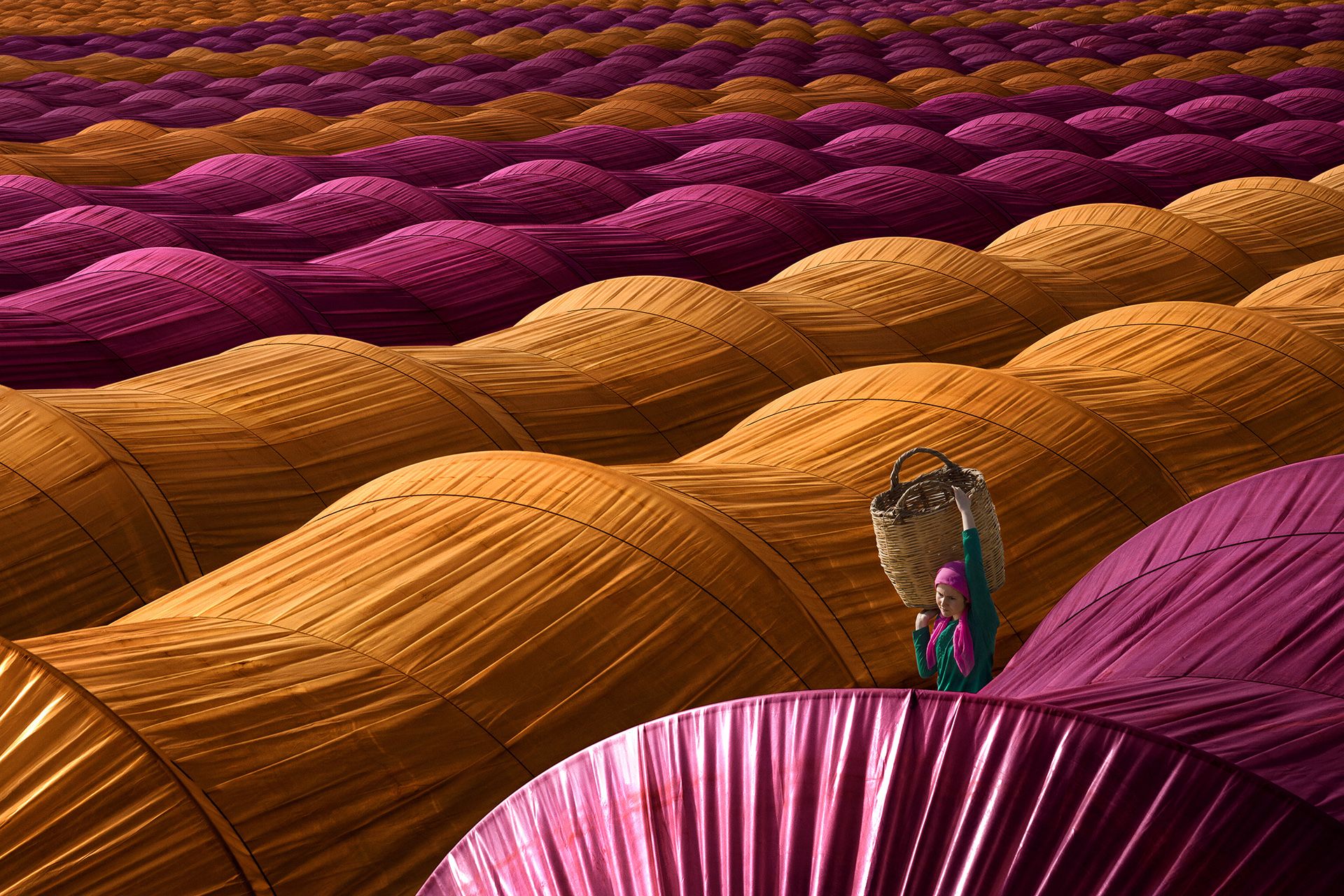 “To take this shot, I had to climb a relief which allowed me to include interesting, coloured greenhouses located near Nazilli. To make the picture more interesting, I waited for the moment when a Turkish peasant who was working with the strawberries entered the frame.” 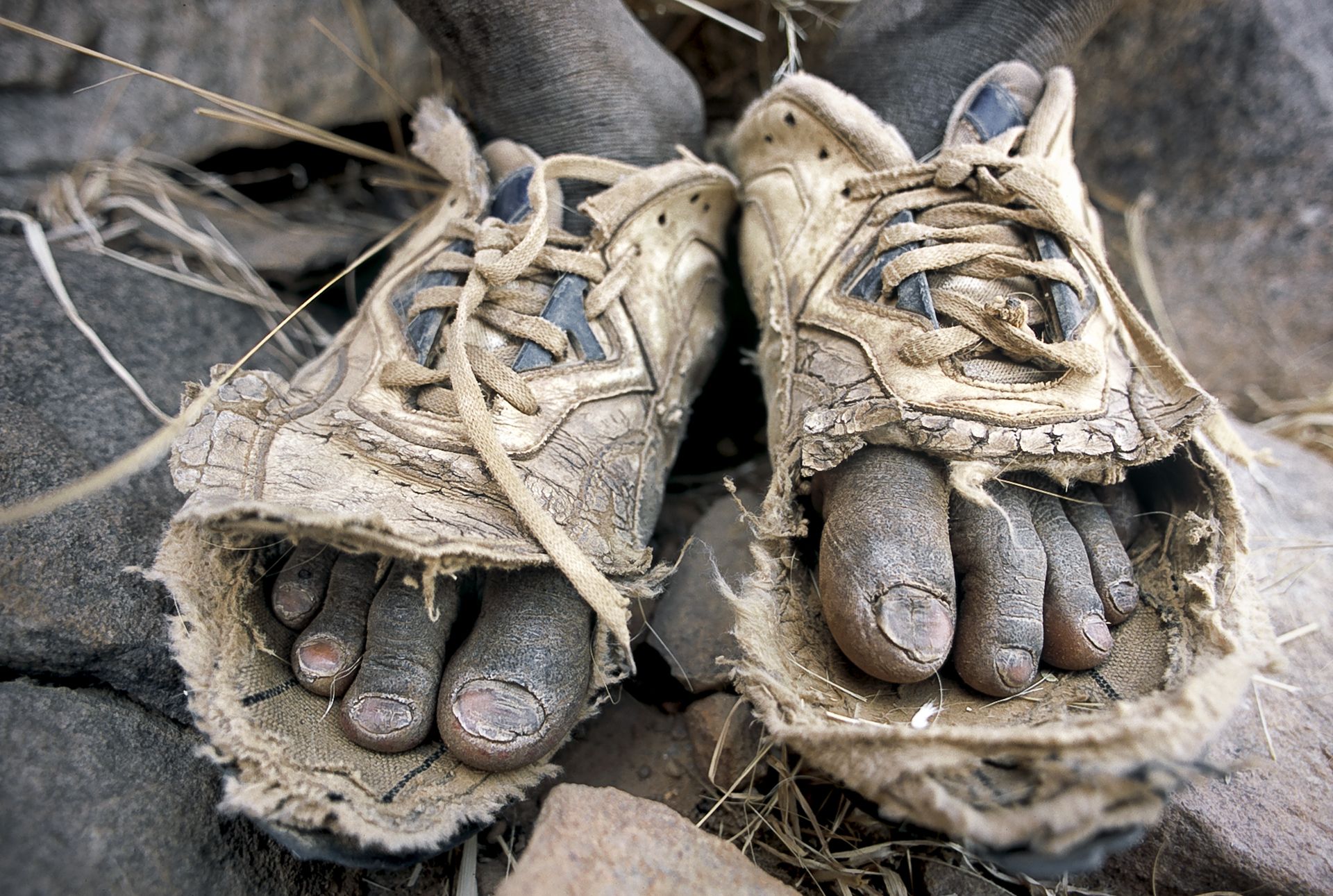 “When we met, the boy was carrying his shoes in his hands as he couldn’t use them anymore. Traveling prepared makes a difference and with my sewing needle and dental floss, we patched them up, so that he could follow his herd.”

“A floating market is a market where goods are displayed and sold from boats. Floating markets are developed in places where water transportation plays an important role in everyday life.” 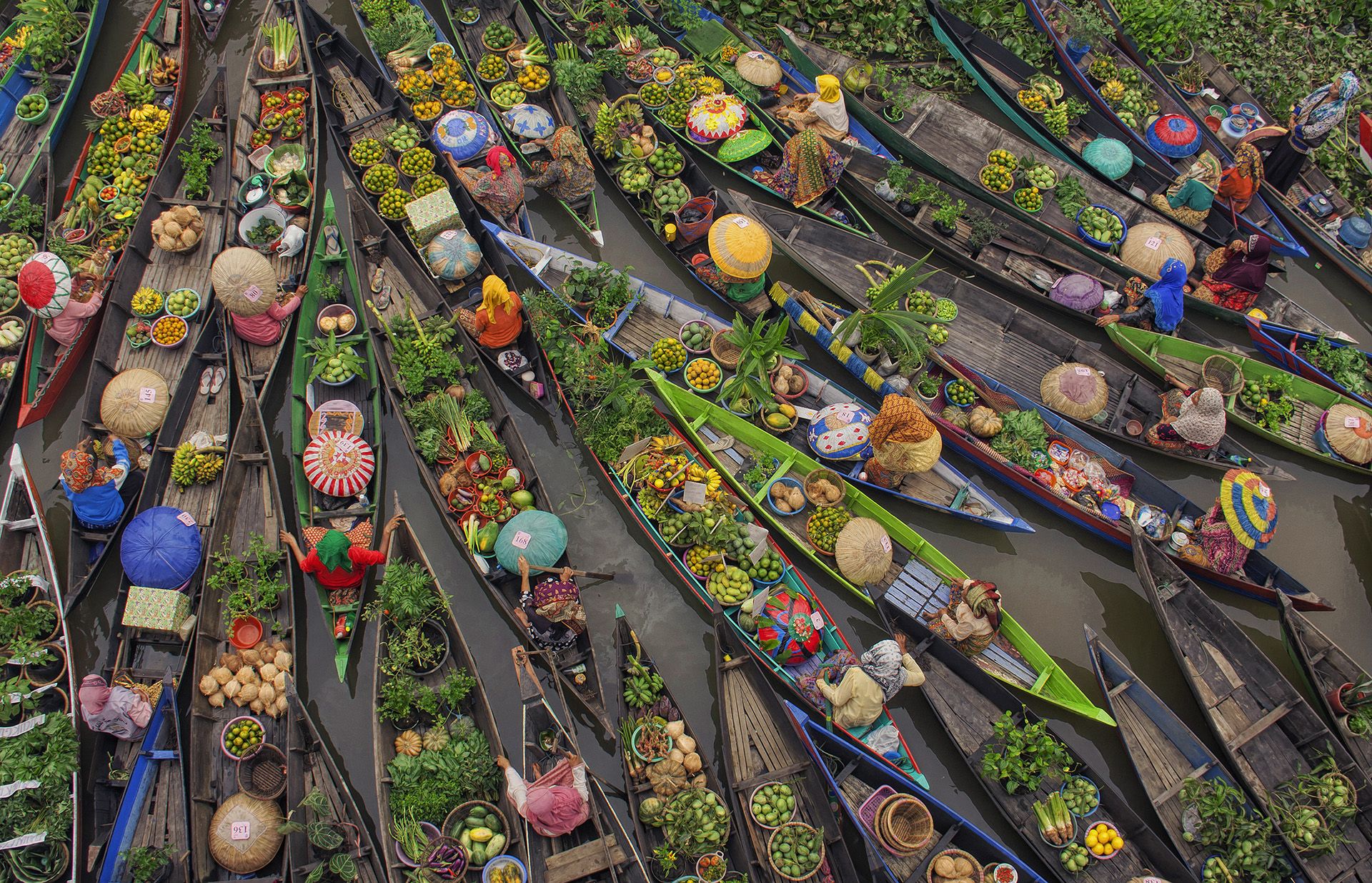 Prayers on the Road by Muhammad Mostafigur Rahman

“Devotees pray during Jumma on the Dhaka-Mymensing highway on first day of Bishwa Ijtema, the second largest religious congregation of Muslims in the world after the Hajj, organised on the banks of the Turag River, Tongi, Gazipur, Bangladesh.” 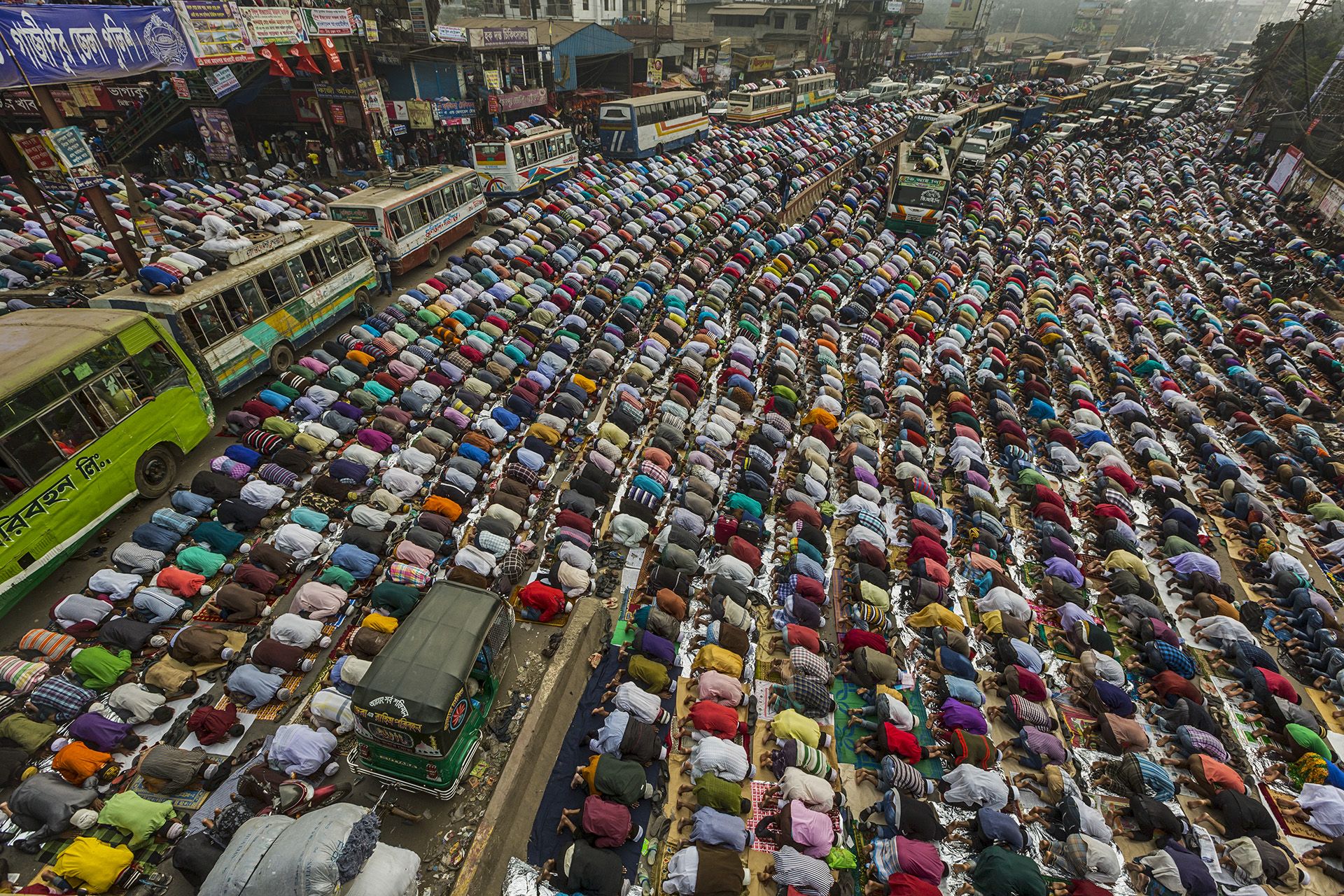 “Colours, facial expressions, people’s posture and a studied composition make this image particularly interesting as it portrays the Bhenwa family in the city of Jodhpur, Rajasthan, and is a true representation of the living conditions in this Indian city.” 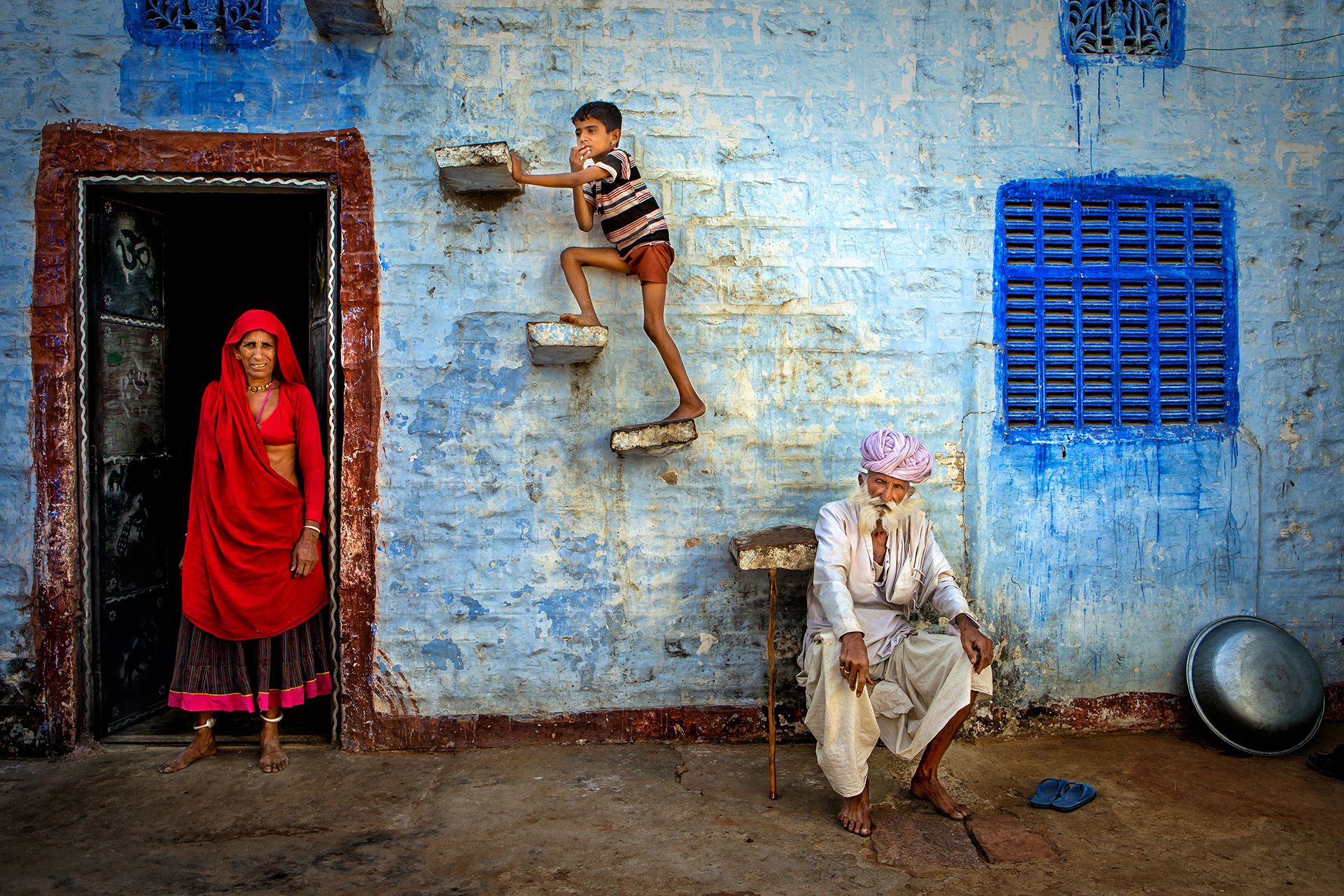 “Some Vietnamese women are engaged in carrying out their daily work of mending fishing nets in a fishing village near Bac Lieu, a coastal district located in southern Vietnam, in the Mekong Delta region.” 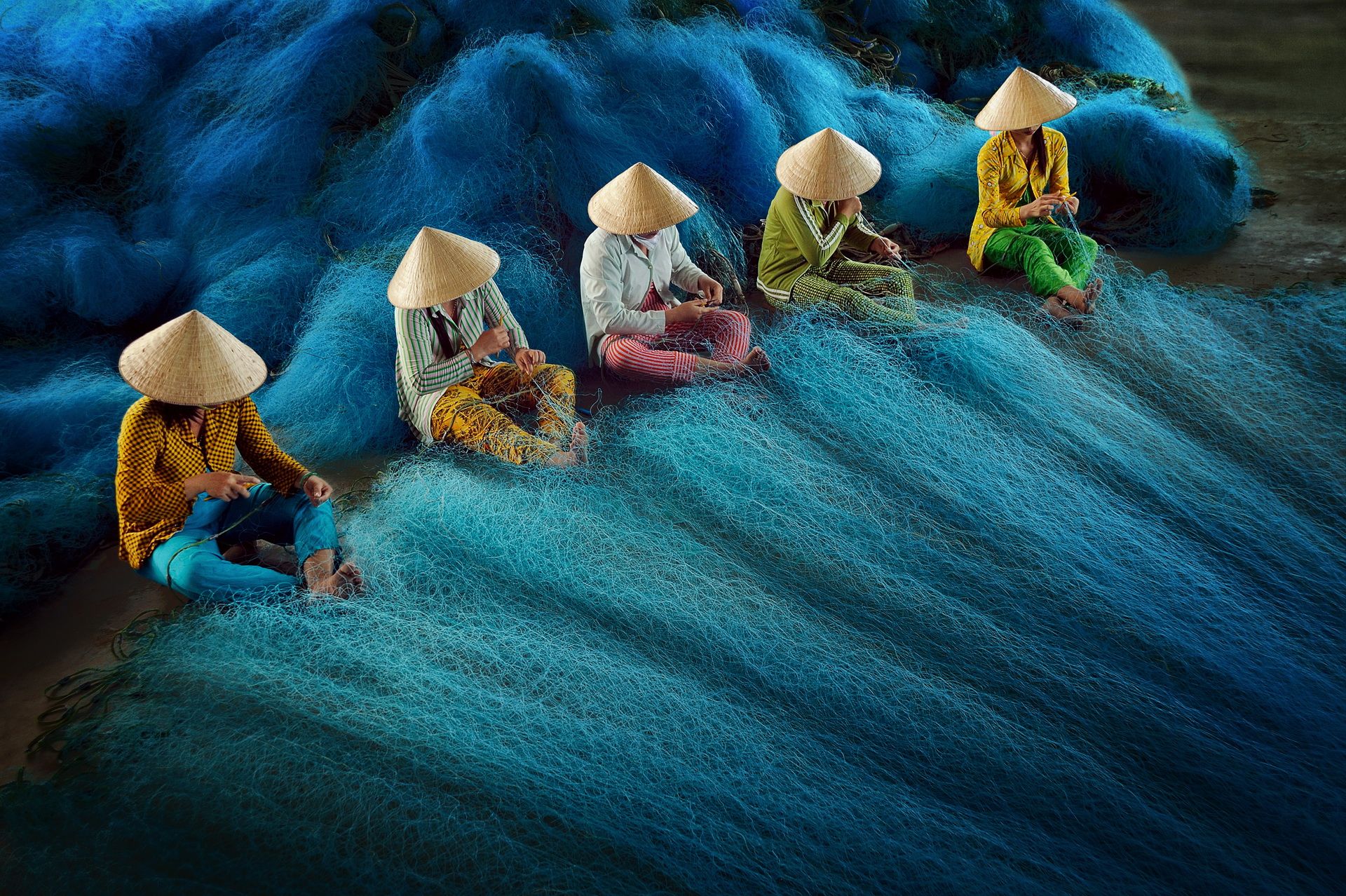 Playing in the Sky by James Rushforth

“This is Monte Piana (2324m) in the Italian Dolomites, above the small town of Misurina during the International Highline festival. The mountain is popular with walkers, and in particular slack liners, who come to take advantage of the mountains’ numerous buttresses, suspending thin lines between the spectacular cliffs and then attempting to walk over the gaps.” 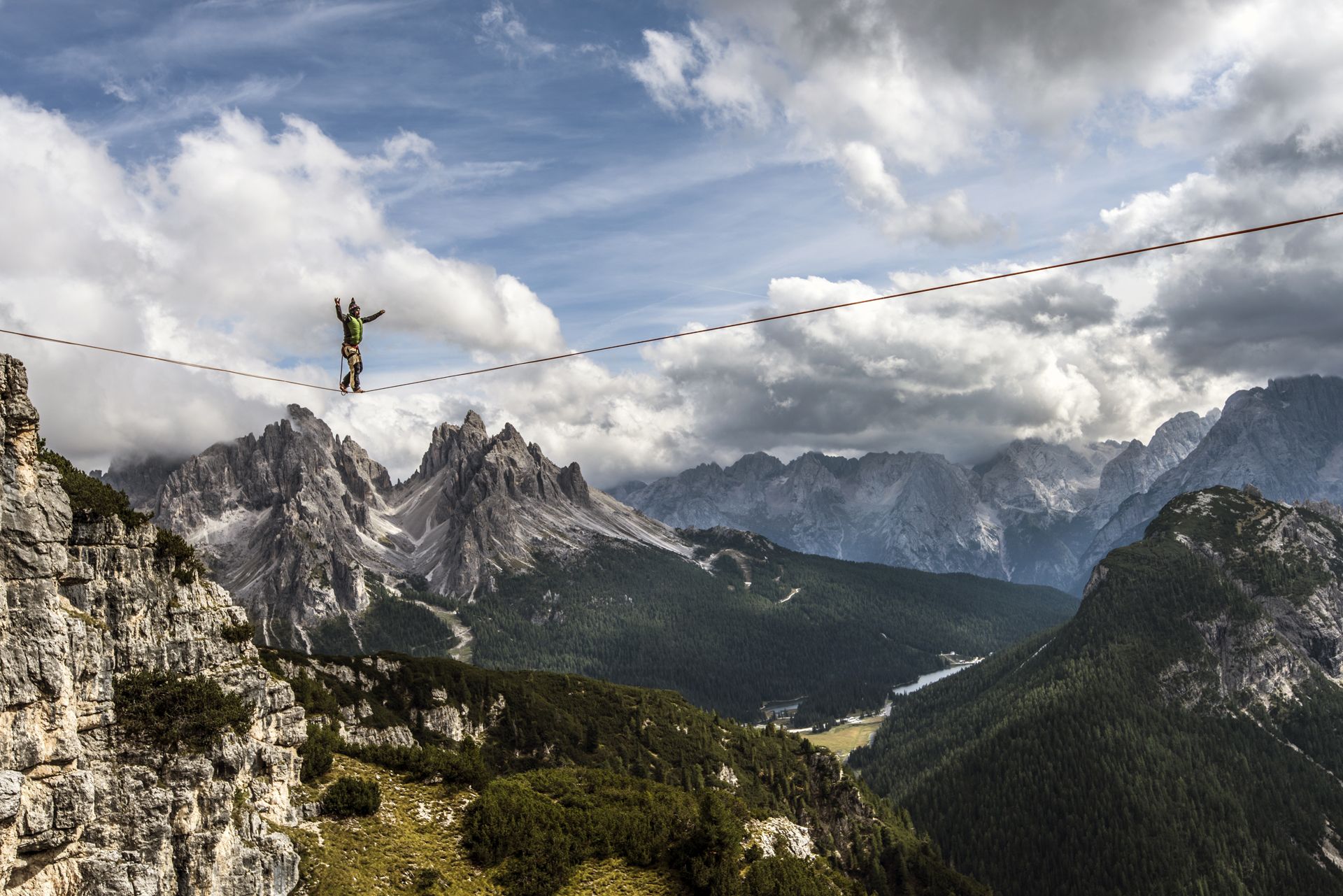 “Some people relaxing while reclining on chairs listening to a story in a Tea House, the traditional place for Chinese socialization. In Sichuan Province, China, the Tea House still has a vital role in the daily lives of the people: people enjoy the typical slow pace of their lifestyle.” 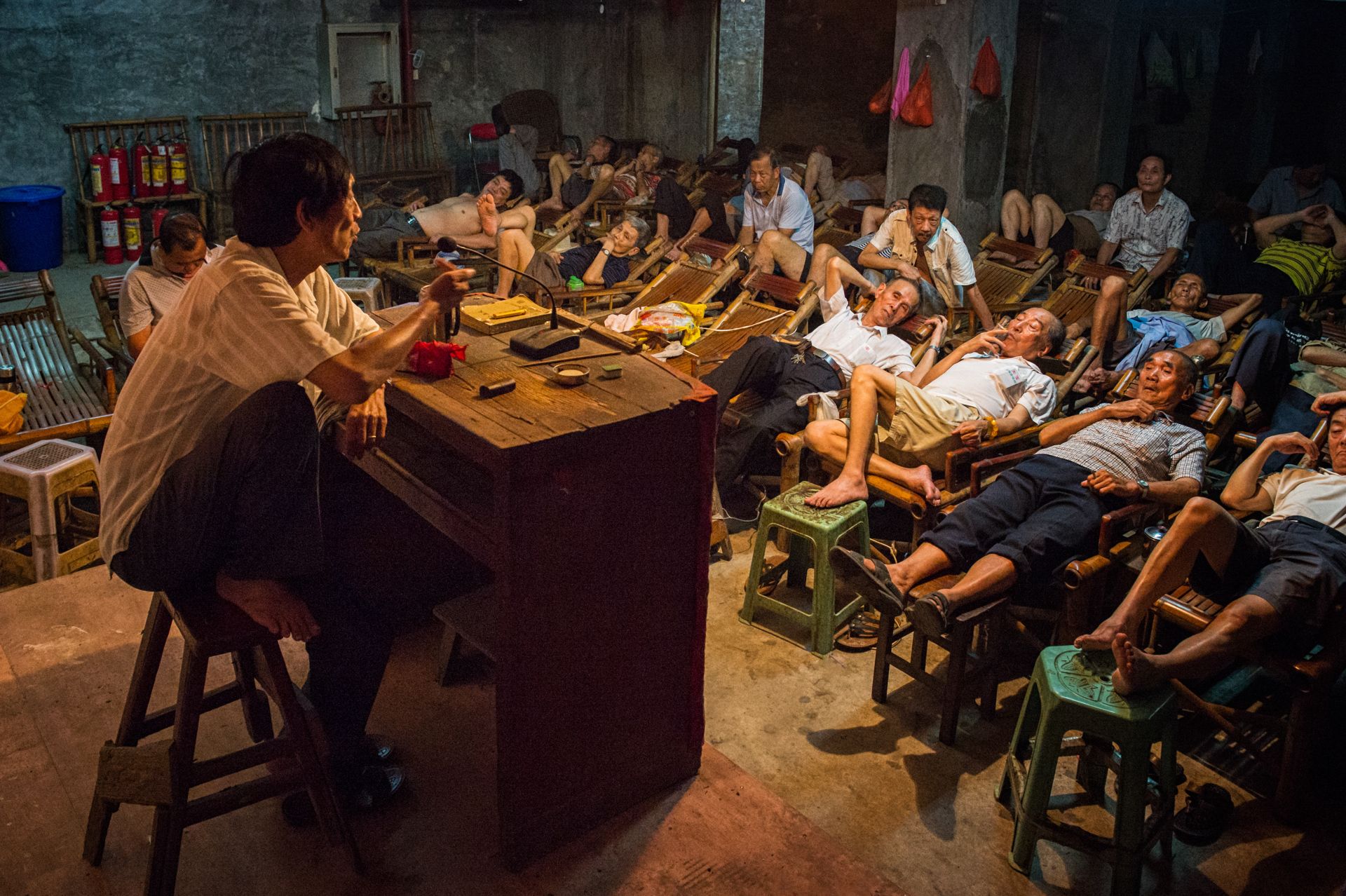 The Make Up by Sanghamitra Sarkar

“This little boy was being painted like Lord Krishna as preparation for acting in a village drama, while little Radha was looking on with intense curiosity.”

“The polar bear spends most of its time on land. When it gets too hot, it slowly slides into the pool and swims as if it were floating in weightlessness. Everything changes at feeding time, when the polar bear becomes very active and can be very interesting to watch.” 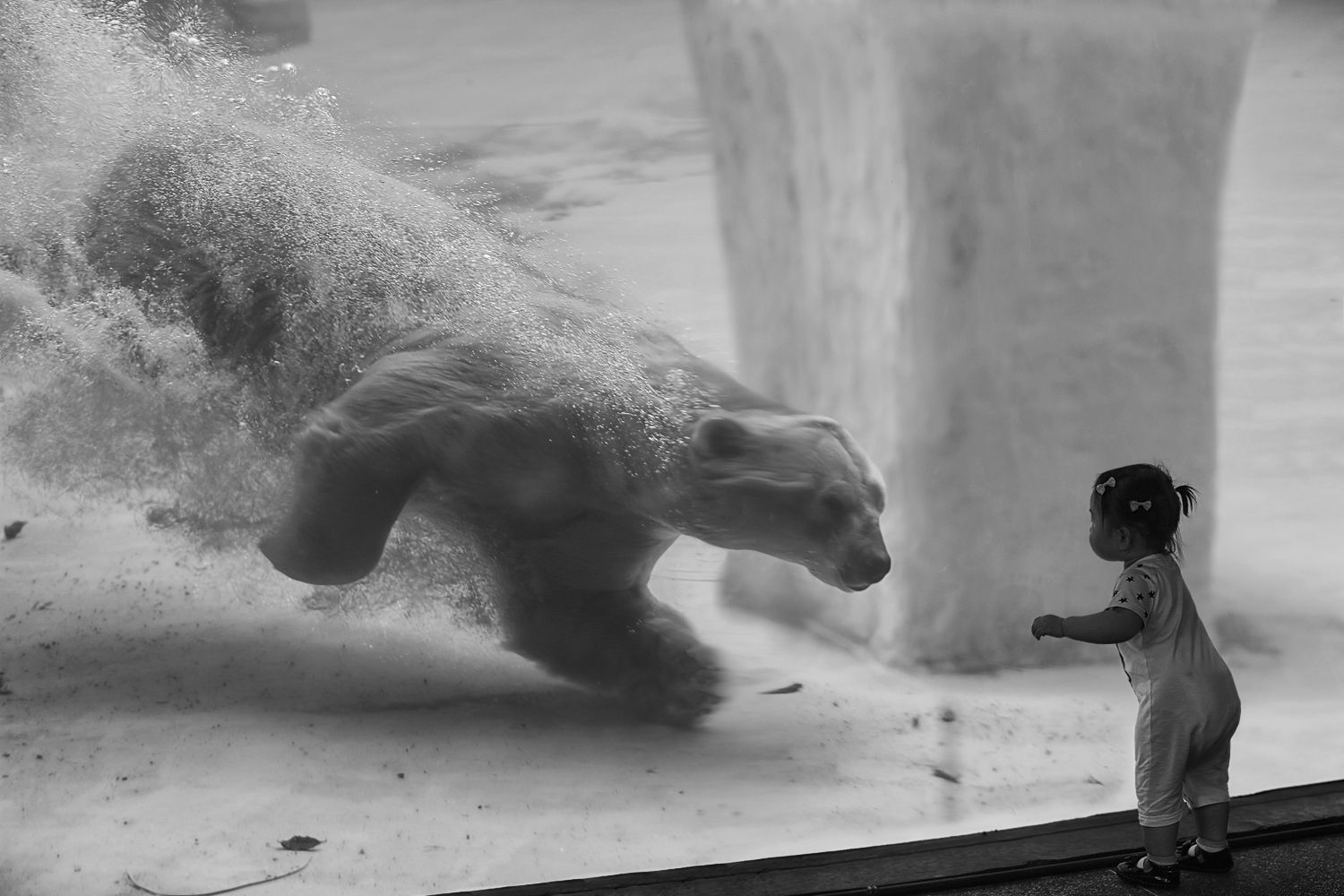 “A tea plantation in Jinlu village , Yinjiang Town, Yingjiang District of Ningbo City, which is famous for its tea production in the Zhejiang Province. Among thousands of acres of high-quality, ecological tea plantations, between large waves of luxuriant green, the presence of working girls gives the scene liveliness.” 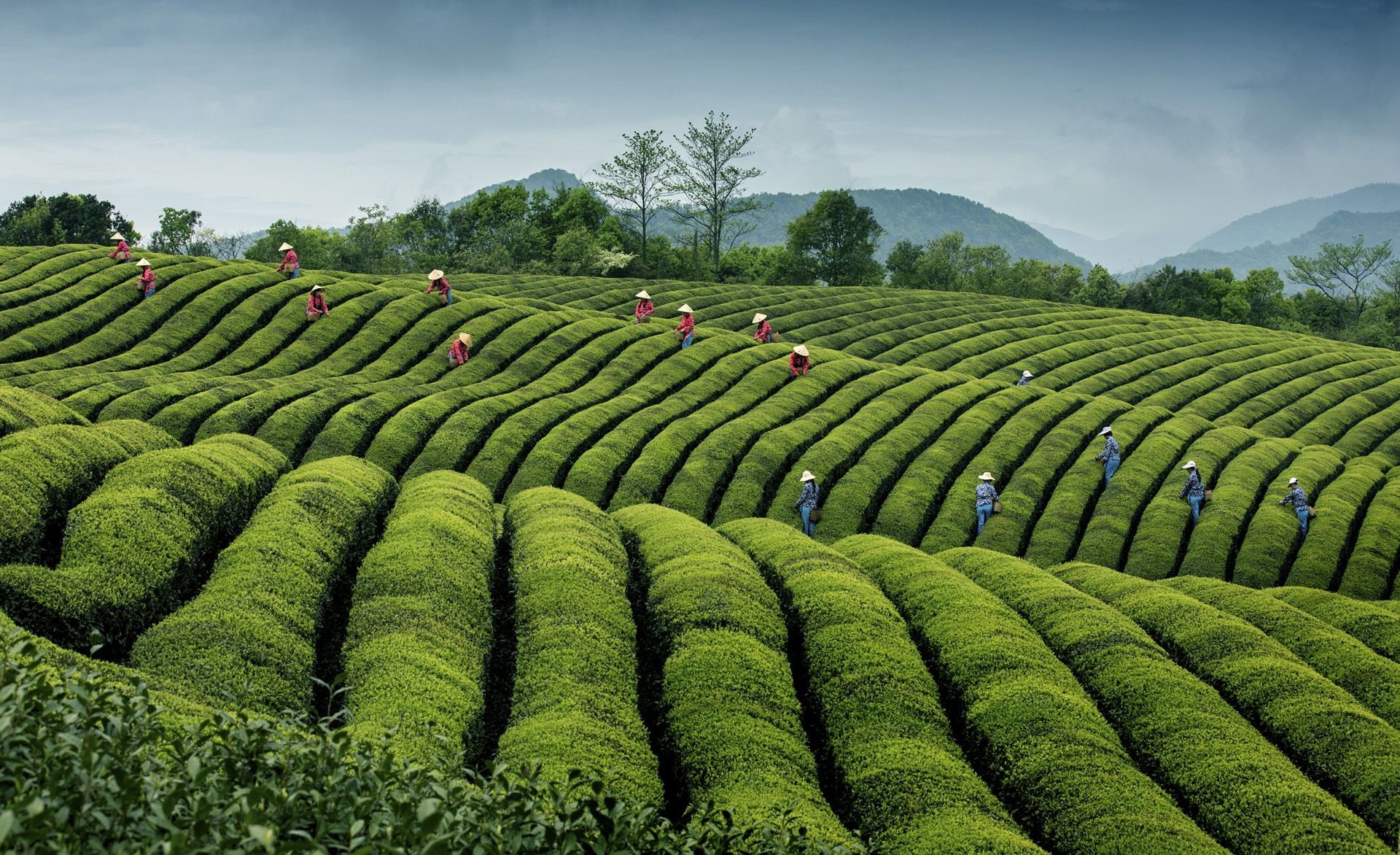 “The thousand-island lake is located in the Chunan county of Zhejiang Province and with its 1078 green islands it has the largest number of islands in one lake all over the world. Fishermen work hard together at the lakeside, while the fish gallop on the surface, a typical characteristic of this lake. The perspective of the image shows the dynamism of the fish and the joys of the fishermen.” 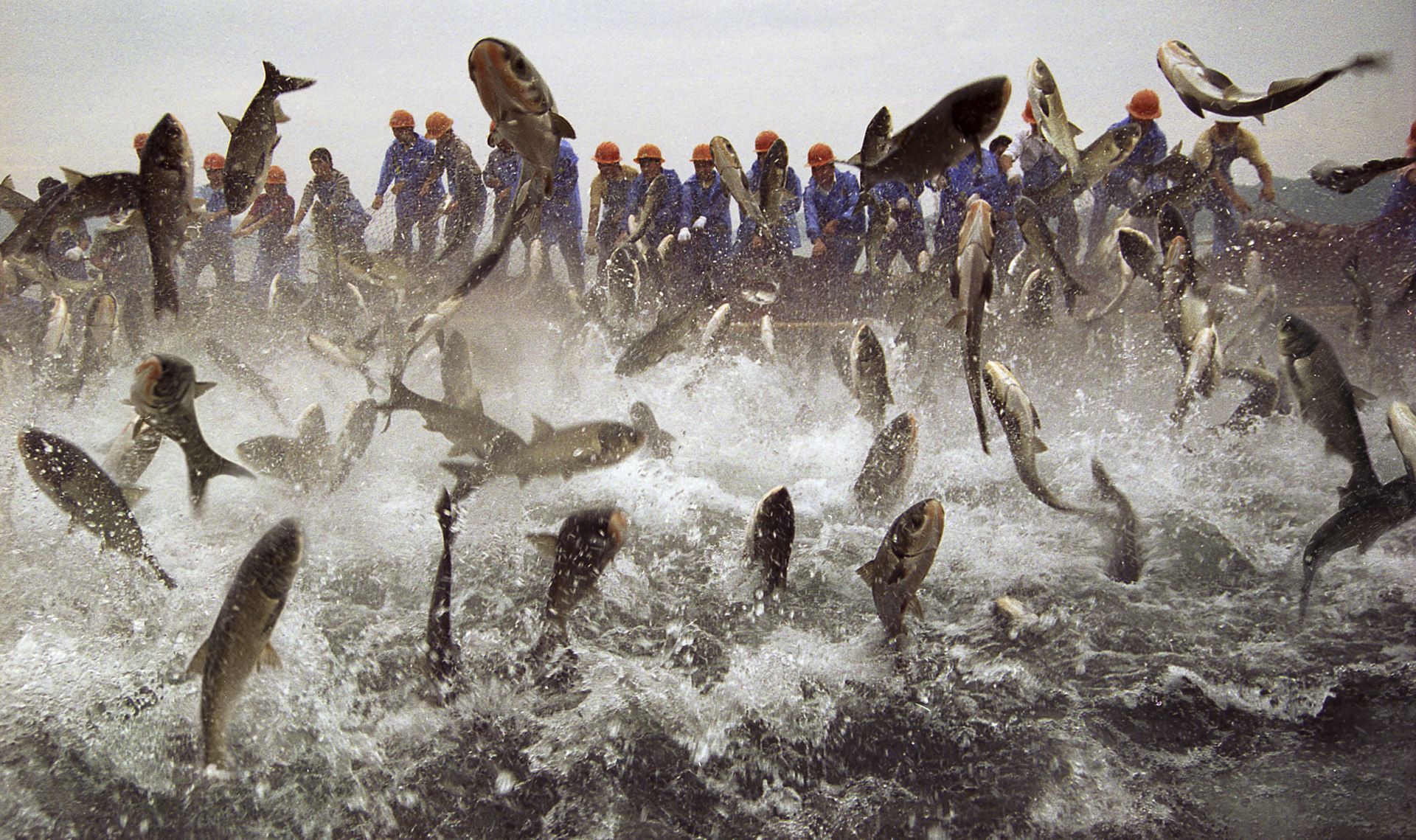 The Bedouin Boy by Habib Alzadjali

“A Bedouin boy with his family and their camel. The adults are wearing the traditional Omani Khanjar, a dagger still used in official ceremonies, as well as a symbol of the country.” 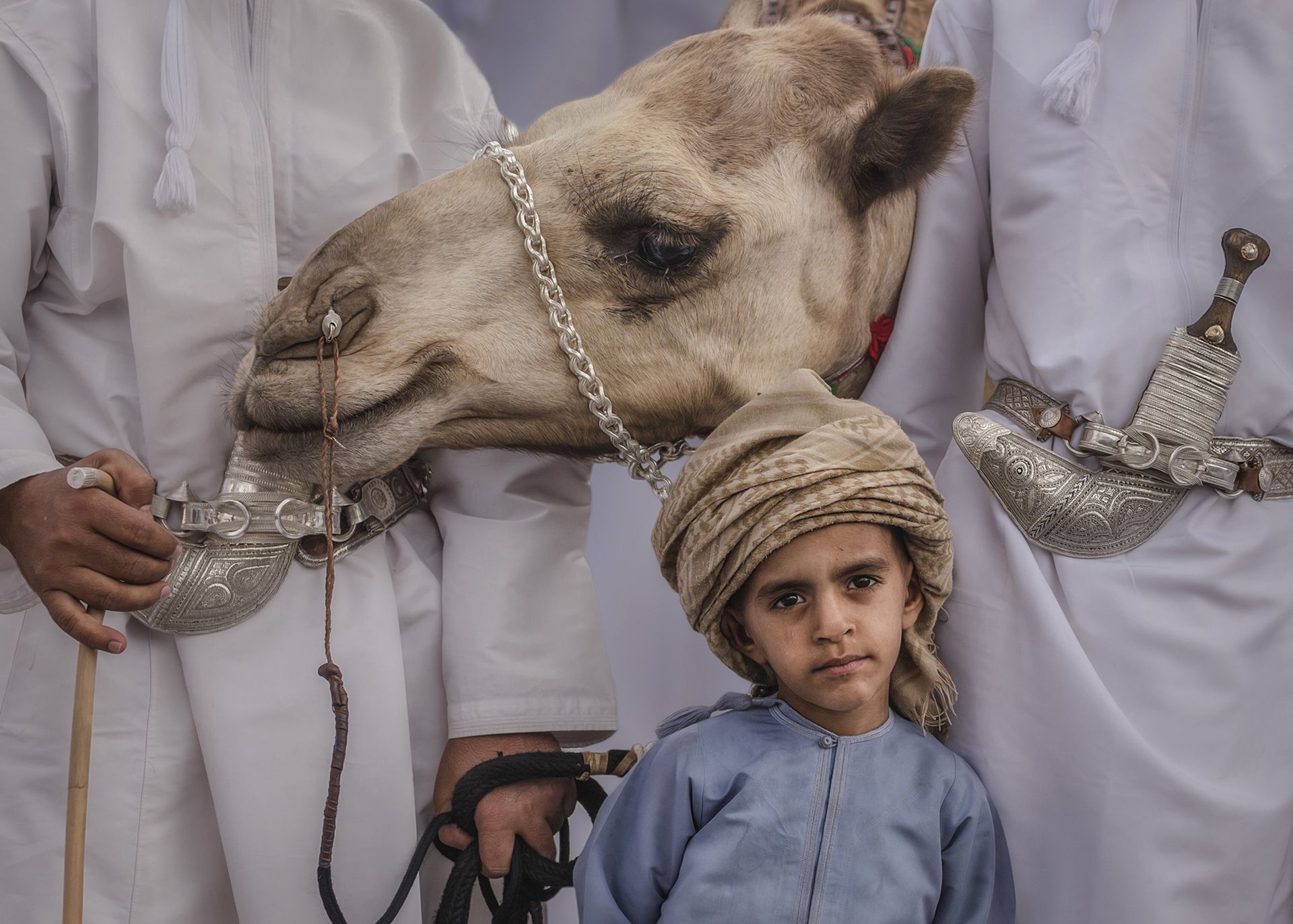 Saucony Originals: A Guide Through History

Return of the Plimsoll

6 Box Room Ideas | How To Decorate Your Rented Room

The Best 90’s Footwear Styles That Are Back In