From its humble beginnings until now, UGG has been a brand dedicated to practicality and quality of craftsmanship. Launched from the beaches of California for the surf scene of the state, UGG brings with a tale of a thousand terrains. To many people’s disbelief the UGG journey began on sandy beaches and season on season adaptation to surrounding and extreme comfort and quality have allowed the brand to stand the test of time to expand its range to produce the likes of its lightweight, breathable SS18 sneakers, and everything in between.

Back in 1978, after falling in love with the quality and experience he believed came with wearing sheepskin, Brian Smith landed in Southern California with a bag of sheepskin boots and fell in love.

The Southern Californian coast has always been renowned for its relaxed and casual lifestyle, one Brian felt was fitted with the ethos of his new boot brand, he landed on the sandy seafronts and began to sell his boots with immediate sensation.

By the time the mid-80s rolled around the UGG brand has become a symbol of a relaxed, inevitably southern California culture. The boots gained momentum through their iconic whereabouts at surf shops along the Californian coast, where they could be found on shorefronts from San Diego to Santa Cruz.

It only took a matter of time before UGG boots reached far beyond the beach, with word of mouth allowing the new boot brand to know to pop up in towns and cities all over the U.S, the style was praised as one that was worn but any and every person at “any level of society”. Girls wore their surfer boyfriend’s UGG boots like a letterman jacket, and when winter came along it only made logical sense for UGG boots to appear in ski shops, allowing them to become a global phenomenon.

The Rise and Rise

With time UGG gained a notorious image as the boot brand worn by the relaxed sports-people of Cali coast. With it, an emotional connection and love began to grow for UGG boots, just as the founder and creator envisioned some year before. It became apparent that people didn’t just like wearing UGG boots, they fell in love with their quality, comfort and durability, making them a style icon by default due to their infectious necessity within every person’s wardrobe.

By the end of the 90s, celebrities and faces of the fashion world began to take notice of the UGG brand. With this a cultural shift occurred as people embraced living a more casual lifestyle with UGG boots as one of the symbolic fashion items of this lifestyle.

By the time the millennium rolled around, a love that began on the beaches had become an icon of casual style, leading to the brand’s growth in the east, over the Rockies and in Chicago. In 2000, UGG Sheepskin boots were first featured on Oprah’s infamous “Favorite Things” where the TV icon emphatically declared her love for UGG boots. From then on, the world began to notice. 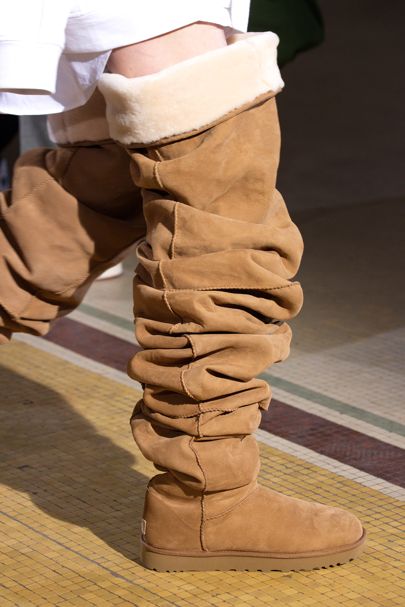 Breaking the New York fashion scene is commonly known as no easy task, however by the early noughties UGG was a primary player. In the few years since its beginnings UGG had grown from one known for making sheepskin boots, slippers, clogs and sandals adapted to a comfortable, active, outdoor lifestyle to a brand symbolic of a stylish and luxurious lifestyle.

With advertisements gracing the likes of Vogue, UGG was soon transformed into a go-to for luxury footwear and what started as a niche item had now become a wardrobe staple. Just a few years later the desire for premium casual fashion footwear was prevalent the world-over, with UGG firmly at the helm. 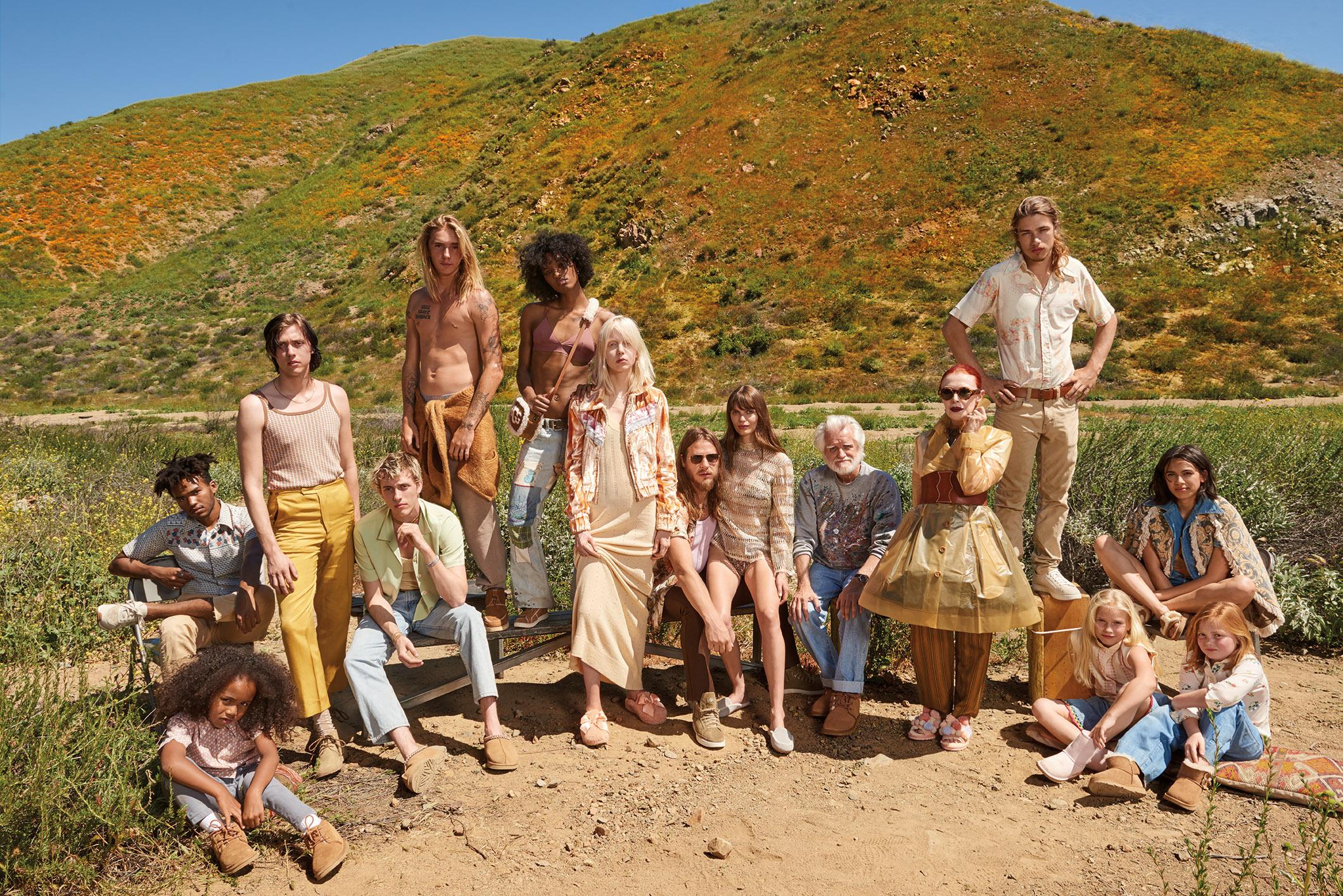 Who runs the world? UGG!

The brand collection offering grew to begin showcasing everything from knit boots to sneakers and wedges, all the while maintaining the luxurious feel that still resonates with a loyal, fashion forward UGG customer. UGG products were now seen on runways and in editorials from coast to coast.

To this day UGG is still seen as the iconic boot brand, resonating in every individuals heart as a guilty-pleasure shoe to invest in at winter, however it takes a little more to realise the true craftsmanship that comes with investing in the UGG brand, through years of popularity and exploration of collections, UGG is a brand that is no longer only iconic for its boots but for its Spring Summer footwear collections alike.

After its latest collaboration with Y/Project to take a new look at the way UGG boots sit in the realms of luxury fashion, it’s certainly time to take note on the importance of UGG in 2018. After the SS18 look book that left us dreaming of life on a California beach, it’s clear the brand is returning to its roots whilst still having its sights fully set on how it can stay relevant to the future fashion consumer.

From the sun dappled mountains of Walker Canyon to Torrey Pines State Beach, UGG matches its campaign with a blend of aged and modern natural masterpieces for SS18.

Follower of street style trends by the dozen, you'll never catch me in anything but trainers. Accessories and outerwear are my calling and in my eyes, there's no such thing as overdoing them.

The History of the Converse One Star